The Ambrym Volcano was billowing vog and ash on March 28, 2011 at 02:55 UTC, when the Moderate Resolution Imaging Spectroradiometer (MODIS) on NASA’s Aqua satellite captured this image.

Vog is a combination of the words "volcanic" and "smog." Vog is formed when sulfur dioxide and other gases from an erupting volcano reacts with sunlight, oxygen and moisture. It is a mix of gases and aerosols. When smog levels are high the sky appears yellowish grey because nitrogen oxides are yellow. In contrast, sulfur oxides are colorless and vog looks gray.

Located on Ambrym Island in Vanuatu approximately 2,200 kilometers northeast of Australia, the volcano is one of the region’s most active, with regular eruptions nearly every year in recent history. Several times per century, Ambrym volcano erupts violently. 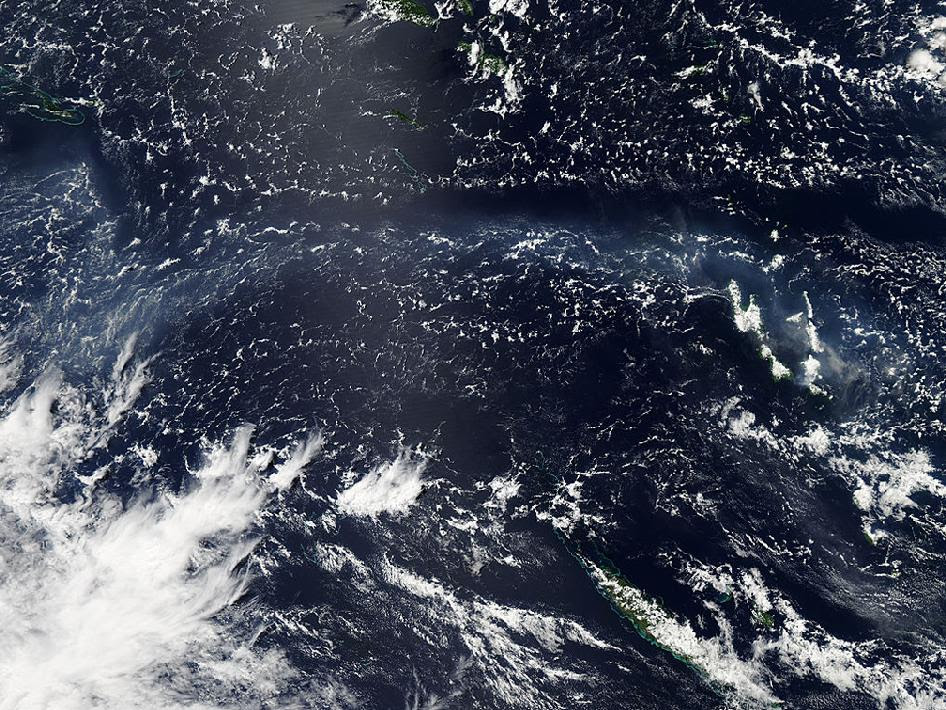