Spices for a "Spicier" Love Life Confirmed by Guelph Researchers

Looking to spice up your sex life? Try adding ginseng and saffron to your diet. Both are proven performance boosters, according to a new scientific review of natural aphrodisiacs conducted by University of Guelph researchers.

Indulge in wine and chocolate, too, but know that their amorous effects are likely all in your head. Stay away from the more obscure Spanish fly and Bufo toad. While purported to be sexually enhancing, they produced the opposite result and can even be toxic. 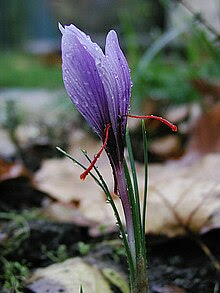 Those are among the findings of the study by Massimo Marcone, a professor in Guelph's Department of Food Science, and master's student John Melnyk. The results will appear in the journal Food Research International but are available online now.

"Aphrodisiacs have been used for thousands of years all around the world, but the science behind the claims has never been well understood or clearly reported," Marcone said.

"Ours is the most thorough scientific review to date. Nothing has been done on this level of detail before now." There is a need for natural products that enhance sex without negative side effects, Melnyk added. Currently, conditions such as erectile dysfunction are treated with synthetic drugs, including sildenafil (commonly sold as Viagra) and tadalafil (Cialis).

"But these drugs can produce headache, muscle pain and blurred vision, and can have dangerous interactions with other medications. They also do not increase libido, so it doesn't help people experiencing low sex drive," he said.

The researchers examined hundreds of studies on commonly used consumable aphrodisiacs to investigate claims of sexual enhancement — psychological and physiological.

Ultimately, they included only studies meeting the most stringent controls.

The results? They found that panax ginseng, saffron and yohimbine, a natural chemical from yohimbe trees in West Africa, improved human sexual function.

People report increased sexual desire after eating muira puama, a flowering plant found in Brazil; maca root, a mustard plant in the Andes; and chocolate. Despite its purported aphrodisiac effect, chocolate was not linked to sexual arousal or satisfaction, the study said.

"It may be that some people feel an effect from certain ingredients in chocolate, mainly phenylethylamine, which can affect serotonin and endorphin levels in the brain," Marcone said.

Alcohol was found to increase sexual arousal but to impede sexual performance.

Nutmeg, cloves, garlic, ginger, and ambergris, formed in the intestinal tract of the sperm whale, are among substances linked to increased sexual behaviour in animals.

While their findings support the use of foods and plants for sexual enhancement, the authors urge caution. "Currently, there is not enough evidence to support the widespread use of these substances as effective aphrodisiacs," Marcone said. "More clinical studies are needed to better understand the effects on humans."