The Indian Government today released new tiger population numbers for the first time since 2007, indicating that numbers have increased in the country that has half of the world's remaining wild tigers.

The government estimated current tiger numbers in India at 1,706, up from 1,411 during the last count in 2007. However, the 1,706 figure includes an additional tiger reserve in the count, the Sundarbans, that contained 70 tigers. This area was not counted in 2007. 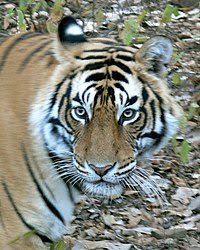 Therefore, when comparing the previous survey with the current one, the official estimate stands at 1,636 when leaving out the Sundarbans, or an increase of 225.

Figures were broken down by site with some populations showing increases, and others falling.

"As seen from the results, recovery requires strong protection of core tiger areas and areas that link them, as well as effective management in the surrounding areas," said Mike Baltzer, Head of WWF's Tigers Alive Initiative. "With these two vital conservation ingredients, we can not only halt their decline, but ensure tigers make a strong and lasting comeback."

The figures marked the opening of the International Tiger Conservation Conference, a three day meeting following on the heels of the groundbreaking Global Tiger Recovery Programme (GTRP), a worldwide plan to bring the species back from the brink of extinction which was forged in November 2010 at an international tiger conservation meeting in St. Petersburg, Russia organized by Russian Prime Minister Vladimir Putin.

The count was conducted by India's National Tiger Conservation Authority with key partners, including WWF, in the largest tiger population survey ever undertaken.

"These numbers give us hope for the future of tigers in the wild, and that India continues to play an integral role in the tiger's recovery," said WWF International Director General Jim Leape, who is chairing a conference session on the role of international and national partners in the GTRP's implementation. 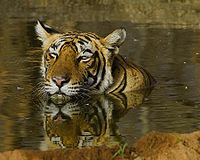 In its detail, this tiger estimation exercise shows the importance India attaches to this prime conservation issue," said WWF India CEO Ravi Singh. "The results indicate the need to intensify field based management and intervention to go beyond the present benchmark, bringing more people and partners into the process."

Several areas in India, including those that are not Tiger Reserves and outside national parks, were intensively surveyed for the first time. The Moyar Valley and Sigur Plateau in Southwest India's Western Ghats Complex, that has been a focus of recent WWF conservation efforts, was found to contain more than 50 tigers. Similarly, the Ramnagar Forest Reserve outside Corbett National Park showed a good number of tigers.

In addition to high-level officials from the 13 countries that still have tigers, the conference is expected to hear from key NGOs and global partners in the GTRP, including the World Bank's Global Tiger Initiative, the Global Tiger Forum, WWF (World Wildlife Fund), WCS (Wildlife Conservation Society), the Smithsonian Institute, the wildlife trade network TRAFFIC, CITES (Convention on International Trade in Endangered Species) and the International Fund for Animal Welfare (IFAW).

Numbering more than 100,000 at the turn of the last century, tigers have lost more than 97 percent of their population and 94 percent of their home range in just 100 years. They live in increasingly isolated pockets of land in Asia and the Russian Far East in Indonesia, Malaysia, Cambodia, Vietnam, Laos, Thailand, Myanmar, Bangladesh, Bhutan, India, Nepal, China and Russia. The Global Tiger Recovery Programme marks the first formalized international initiative to save the species from extinction.