Wildlife Conservation Society scientists working in Afghanistan recently discovered one of the largest natural stone arches in the world. 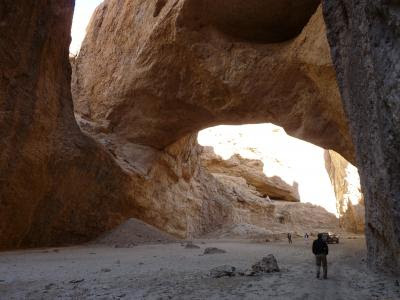 
Researchers from the Wildlife Conservation Society have stumbled upon a geological colossus in a remote corner of Afghanistan: a natural stone arch spanning more than 200 feet across its base.

Located at the central highlands of Afghanistan, the recently discovered Hazarchishma Natural Bridge is more than 3,000 meters (nearly 10,000 feet) above sea level, making it one of the highest large natural bridges in the world. It also ranks among the largest such structures known.

"It's one of the most spectacular discoveries ever made in this region," said Joe Walston, Director of the Wildlife Conservation Society's Asia Program. "The arch is emblematic of the natural marvels that still await discovery in Afghanistan."

Wildlife Conservation Society staff Christopher Shank and Ayub Alavi discovered the massive arch in late 2010 in the course of surveying the northern edge of the Bamyan plateau for wildlife (the landscape is home to ibex and urial wild sheep) and visiting local communities.

The arch -- now known as the Hazarchishma Natural Bridge -- spans more than 210 feet across its base and is more than 60 feet high. The arch now ranks as the 12th largest natural bridge in the world. 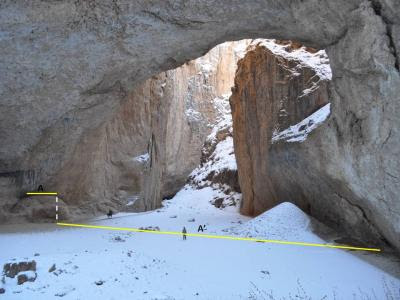 After making the discovery, they returned to the Hazarchishma Natural Bridge (named after a nearby village) in February 2011 to take accurate measure of the natural wonder. The total span of arch—the measurement by which natural bridges are ranked—is 210.6 feet in width, making it the 12th largest natural bridge in the world. This finding pushes Utah's Outlaw Arch in Dinosaur National Monument—smaller than Hazarchishma by more than four feet—to number 13 on the list.

Consisting of rock layers formed between the Jurassic Period (200-145 million years ago) and the more recent Eocene Epoch (55-34 million years ago), the Hazarchishma Natural Bridge was carved over millennia by the once flowing waters of the now dry Jawzari Canyon.

WCS staff found the arch during a wildlife survey of the Bamyan Plateau in central Afghanistan. 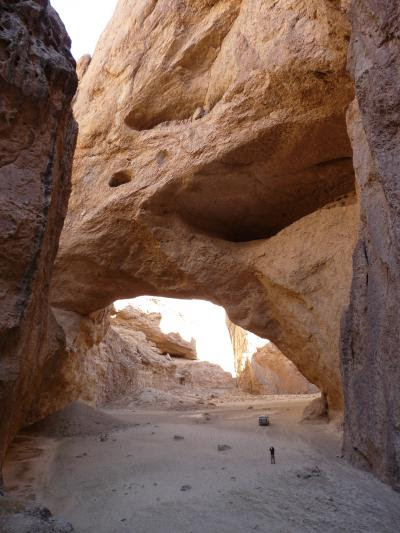 With the assistance of WCS and support from USAID (United States Agency for International Development), the government of Afghanistan has launched several initiatives to safeguard the country's wild places and the wildlife they contain. In 2009, the government gazetted the country's first national park, Band-e-Amir, approximately 100 kilometers south of Hazarchishma Natural Bridge. The park was established with technical assistance from WCS's Afghanistan Program.

WCS also worked with Afghanistan's National Environment Protection Agency (NEPA) in producing the country's first-ever list of protected species, an action that now bans the hunting of snow leopards, wolves, brown bears, and other species. In a related effort, WCS now works to limit illegal wildlife trade in the country through educational workshops for soldiers at Bagram Air Base and other military bases across Afghanistan. WCS also works with more than 55 local communities in Afghanistan to better manage their natural resources, helping them conserve wildlife while improving their livelihoods.

"Afghanistan has taken great strides in initiating programs to preserve the country's most beautiful wild places as well as conserve its natural resources," said Peter Zahler, Deputy Director for the WCS Asia Program. "This newfound marvel adds to the country's growing list of natural wonders and economic assets."