Astrophysicist: White Dwarfs Could Be Fertile Ground For Other Earths

Planet hunters have found hundreds of planets outside the solar system in the last decade, though it is unclear whether even one might be habitable. But it could be that the best place to look for planets that can support life is around dim, dying stars called white dwarfs.

In a new paper published online Tuesday in The Astrophysical Journal Letters, Eric Agol, a University of Washington associate professor of astronomy, suggests that potentially habitable planets orbiting white dwarfs could be much easier to find – if they exist – than other exoplanets located so far.

White dwarfs, cooling stars believed to be in the final stage of life, typically have about 60 percent of the mass of the sun, but by volume they are only about the size of Earth. Though born hot, they eventually become cooler than the sun and emit just a fraction of its energy, so the habitable zones for their planets are significantly closer than Earth is to the sun.

"If a planet is close enough to the star, it could have a stable temperature long enough to have liquid water at the surface – if it has water at all – and that's a big factor for habitability," Agol said.

A planet so close to its star could be observed using an Earth-based telescope as small as 1 meter across, as the planet passes in front of, and dims the light from, the white dwarf, he said.

White dwarfs evolve from stars like the sun. When such a star's core can no longer produce nuclear reactions that convert hydrogen to helium, it starts burning hydrogen outside the core. That begins the transformation to a red giant, with a greatly expanded outer atmosphere that typically envelops – and destroys – any planets as close as Earth.

Finally the star sheds its outer atmosphere, leaving the glowing, gradually cooling, core as a white dwarf, with a surface temperature around 5,000 degrees Celsius (about 9,000 degrees Fahrenheit). At that point, the star produces heat and light in the same way as a dying fireplace ember, though the star's ember could last for 3 billion years.

Once the red giant sheds its outer atmosphere, more distant planets that were beyond the reach of that atmosphere could begin to migrate closer to the white dwarf, Agol said. New planets also possibly could form from a ring of debris left behind by the star's transformation.

In either case, a planet would have to move very close to the white dwarf to be habitable, perhaps 500,000 to 2 million miles from the star. That's less than 1 percent of the distance from Earth to the sun (93 million miles) and substantially closer than Mercury is to the sun.

"From the planet, the star would appear slightly larger than our sun, because it is so close, and slightly more orange, but it would look very, very similar to our sun," Agol said.

The planet also would be tidally locked, so the same side would always face the star and the opposite side would always be in darkness. The likely areas for habitation, he said, might be toward the edges of the light zone, nearer the dark side of the planet.

The nearest white dwarf to Earth is Sirius B at a distance of about 8.5 light years (a light year is about 6 trillion miles). It is believed to once have been five times more massive than the sun, but now it has about the same mass as the sun packed into the same volume as Earth.

Agol is proposing a survey of the 20,000 white dwarfs closest to Earth. Using a 1-meter ground telescope, he said, one star could be surveyed in 32 hours of observation. If there is no telltale dimming of light from the star in that time, it means no planet orbiting closely enough to be habitable is passing in front of the star so that it is easily observable from Earth. Ideally, the work could be carried out by a network of telescopes that would make successive observations of a white dwarf as it progresses through the sky.

"This could take a huge amount of time, even with such a network," he said.

The same work could be accomplished by larger specialty telescopes, such as the Large Synoptic Survey Telescope that is planned for operations later this decade in Chile, of which the UW is a founding partner. If it turns out that the number of white dwarfs with potential Earthlike planets is very small – say one in 1,000 – that telescope still would be able to track them down efficiently.

Finding an Earthlike planet around a white dwarf could provide a meaningful place to look for life, Agol said. But it also would be a potential lifeboat for humanity if Earth, for some reason, becomes uninhabitable.

"Those are the reasons I find this project interesting," he said. "And there's also the question of, 'Just how special is Earth?'" 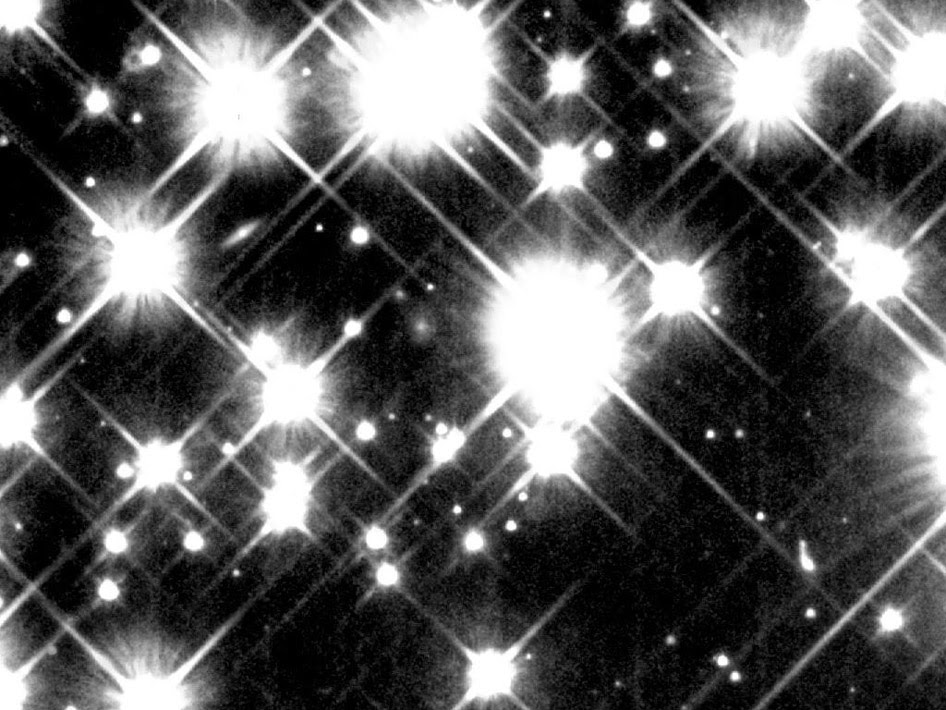 
Pushing the limits of its powerful vision, NASA's Hubble Space Telescope uncovered the oldest burned-out stars in our Milky Way Galaxy. These extremely old, dim "clockwork stars" provide a completely independent reading on the age of the universe.

The ancient white dwarf stars, as seen by Hubble, are 12-13 billion years old. Because earlier Hubble observations show that the first stars formed less than 1 billion years after the universe's birth in the big bang, finding the oldest stars puts astronomers well within arm's reach of calculating the absolute age of the universe.

Though previous Hubble research sets the age of the universe at 13-14 billion years based on the rate of expansion of space, the universe's birthday is such a fundamental and profound value that astronomers have long sought other age-dating techniques to cross-check their conclusions.

Globular clusters are the first pioneer settlers of the Milky Way. Many coalesced to build the hub of our galaxy and formed billions of years before the appearance of the Milky Way's magnificent pinwheel disk. Today 150 globular clusters survive in the galactic halo. The globular cluster M4 was selected because it is the nearest to Earth, so the intrinsically feeblest white dwarfs are still apparently bright enough to be picked out by Hubble.

Contacts and sources:
Vince Stricherz
University of Washington
on March 30, 2011