The Kepler space telescope has discovered more than 1200 new planets including six in a strange solar system known as Kepler-11. 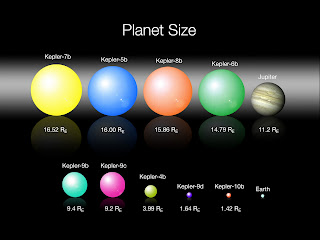 This resource about online graduate schools may be of interest to those who would like to gain the skills to work for NASA at some point.

Kepler explored more than 155,000 stars to find these new plants. 54 of the new worlds are in the habitable zone,  a zone that supports an Earth like environment enabling liquid water and possibly life. 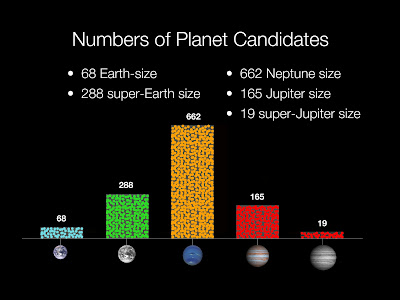 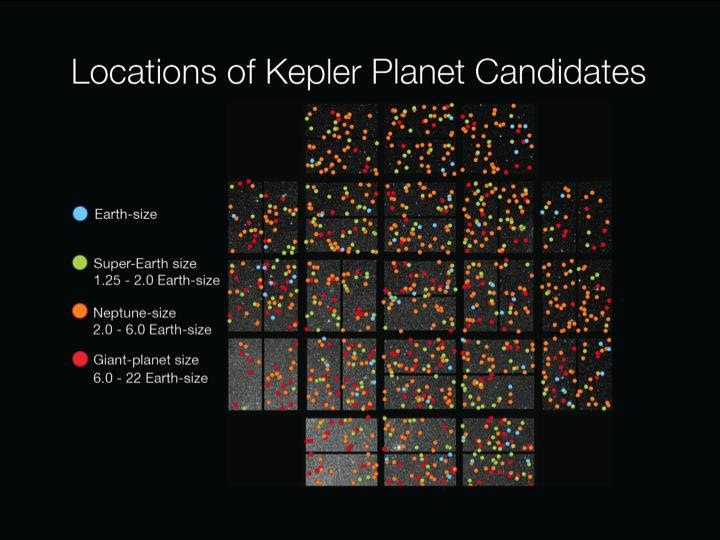 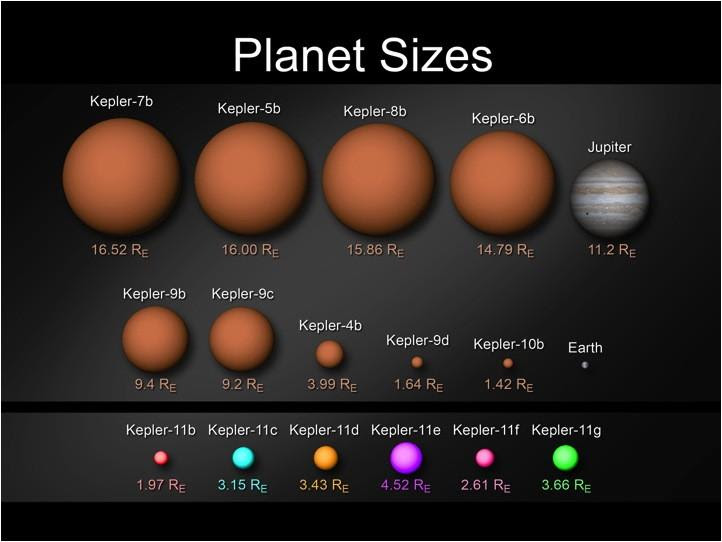 Scientists using NASA's Kepler, a space telescope, recently discovered six planets made of a mix of rock and gases orbiting a single sun-like star, known as Kepler-11, which is located approximately 2,000 light years from Earth.

Kepler-11 is a sun-like star around which six planets orbit. At times, two or more planets pass in front of the star at once, as shown in this artist's conception of a simultaneous transit of three planets observed by NASA's Kepler spacecraft on Aug. 26, 2010. 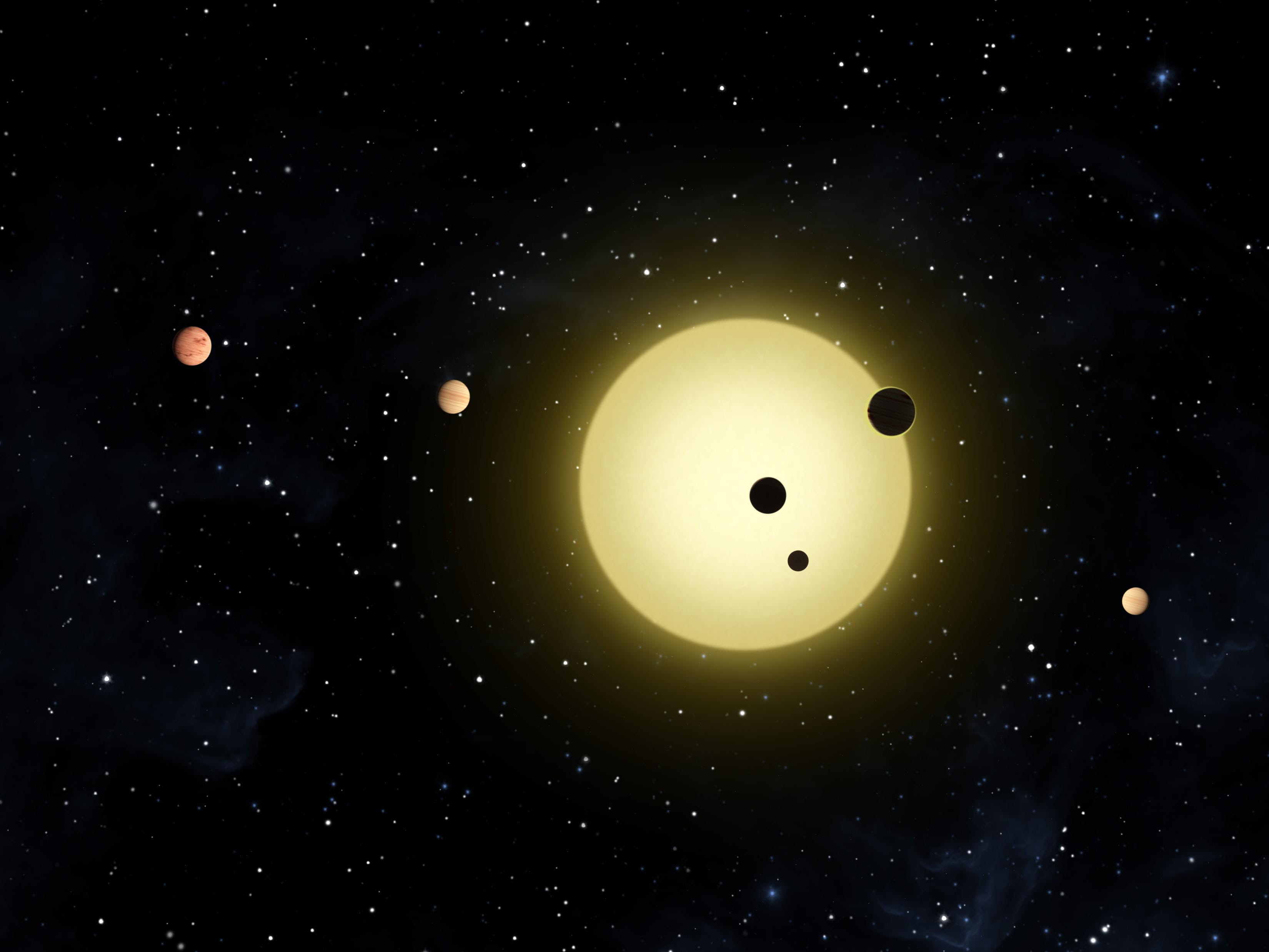 In other words, Kepler-11 has the fullest, most compact planetary system yet discovered beyond our own.

"Few stars are known to have more than one transiting planet, and Kepler-11 is the first known star to have more than three," said Lissauer. "So we know that systems like this are not common. There’s certainly far fewer than one percent of stars that have systems like Kepler-11. But whether it’s one in a thousand, one in ten thousand or one in a million, that we don’t know, because we only have observed one of them."

This artist’s conception shows the Kepler-11 planetary system and our solar system from a tilted perspective to demonstrate that the orbits of each lie on similar planes. 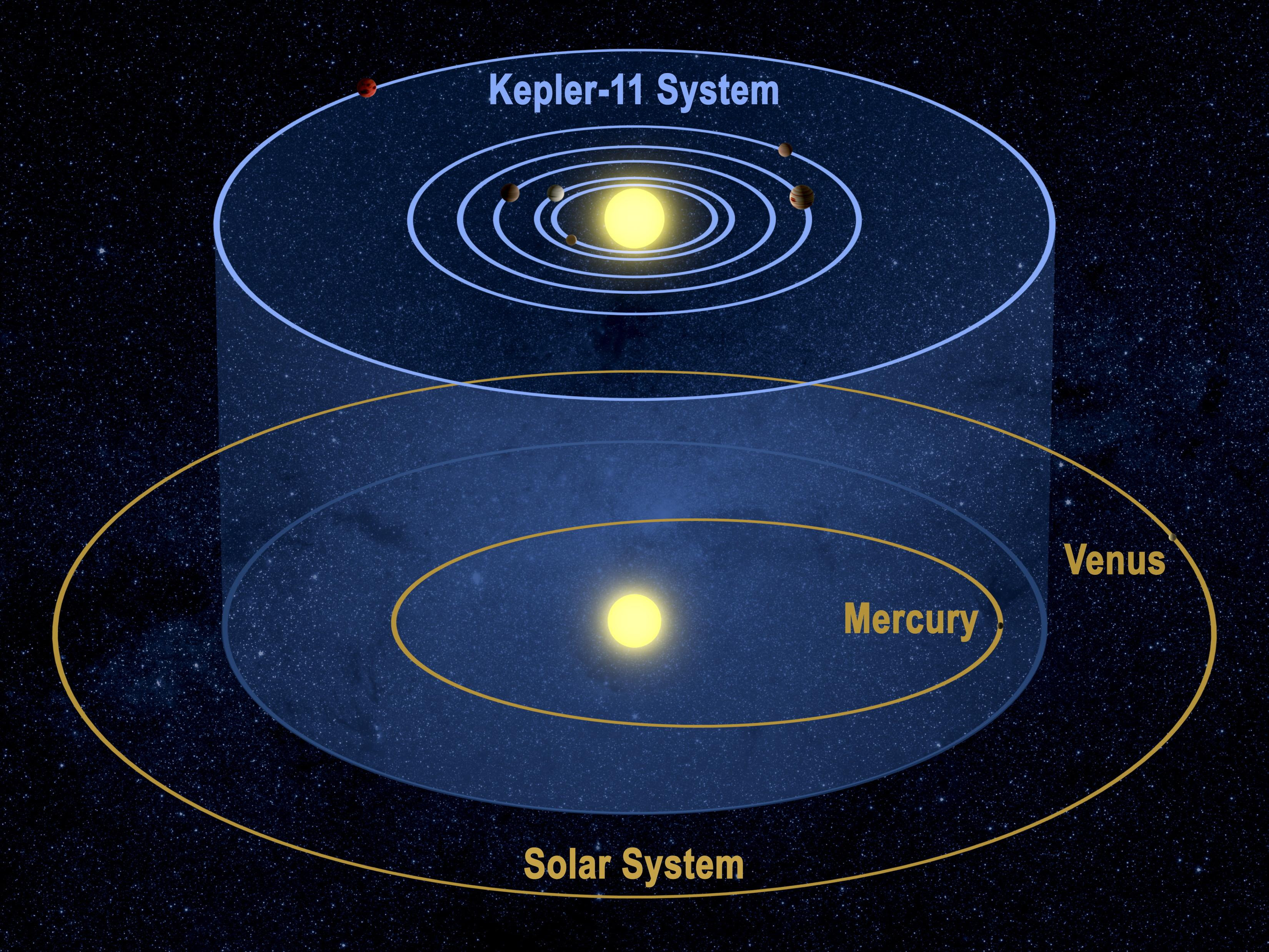 "The five inner planets are all closer to their star than any planet is to our sun and the sixth planet is still fairly close," said Lissauer.

If placed in our solar system, Kepler-11g would orbit between Mercury and Venus, and the other five planets would orbit between Mercury and our sun. The orbits of the five inner planets in the Kepler-11 planetary system are much closer together than any of the planets in our solar system. The inner five exoplanets have orbital periods between 10 and 47 days around the dwarf star, while Kepler-11g has a period of 118 days.

"By measuring the sizes and masses of the five inner planets, we have determined they are among the smallest confirmed exoplanets, or planets beyond our solar system," said Lissauer. "These planets are mixtures of rock and gases, possibly including water. The rocky material accounts for most of the planets' mass, while the gas takes up most of their volume."

According to Lissauer, Kepler-11 is a remarkable planetary system whose architecture and dynamics provide clues about its formation. The planets Kepler-11d, Kepler-11e and Kepler-11f have a significant amount of light gas, which Lissauer says indicates that at least these three planets formed early in the history of the planetary system, within a few million years.

A planetary system is born when a molecular cloud core collapses to form a star. At this time, disks of gas and dust in which planets form, called protoplanetary disks, surround the star. Protoplanetary disks can be seen around most stars that are less than a million years old, but few stars more than five million years old have them. This leads scientists to theorize that planets which contain significant amounts of gas form relatively quickly in order to obtain gases before the disk disperses.

The Kepler spacecraft will continue to return science data about the new Kepler-11 planetary system for the remainder of its mission. The more transits Kepler sees, the better scientists can estimate the sizes and masses of planets.

"These data will enable us to calculate more precise estimates of the planet sizes and masses, and could allow us to detect more planets orbiting the Kepler-11 star," said Lissauer. "Perhaps we could find a seventh planet in the system, either because of its transits or from the gravitational tugs it exerts on the six planets that we already see. We’re going to learn a fantastic amount about the diversity of planets out there, around stars within our galaxy."

A space observatory, Kepler looks for the data signatures of planets by measuring tiny decreases in the brightness of stars when planets cross in front of, or transit, them. The size of the planet can be derived from the change in the star's brightness. The temperature can be estimated from the characteristics of the star it orbits and the planet's orbital period.

The Kepler science team is using ground-based telescopes, as well as the Spitzer Space Telescope, to perform follow-up observations on planetary candidates and other objects of interest found by the spacecraft. The star field that Kepler observes in the constellations Cygnus and Lyra can only be seen from ground-based observatories in spring through early fall. The data from these other observations help determine which of the candidates can be identified as planets. 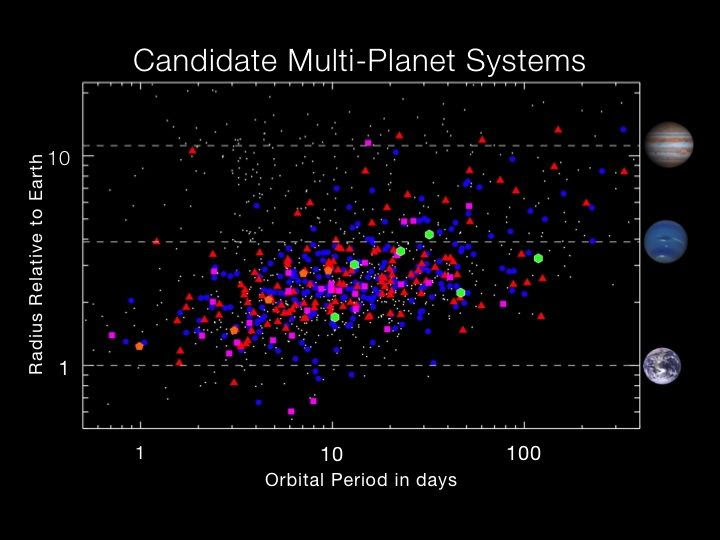 Kepler will continue conducting science operations until at least November 2012, searching for planets as small as Earth, including those that orbit stars in the habitable zone, where liquid water could exist on the surface of the planet. Since transits of planets in the habitable zone of solar-like stars occur about once a year and require three transits for verification, it is predicted to take at least three years to locate and verify an Earth-size planet.

"Kepler can only see 1/400 of the sky," said William Borucki of NASA’s Ames Research Center, Moffett Field, Calif., and the mission’s science principal investigator. "Kepler can find only a small fraction of the planets around the stars it looks at because the orbits aren’t aligned properly. If you account for those two factors, our results indicate there must be millions of planets orbiting the stars that surround our sun." 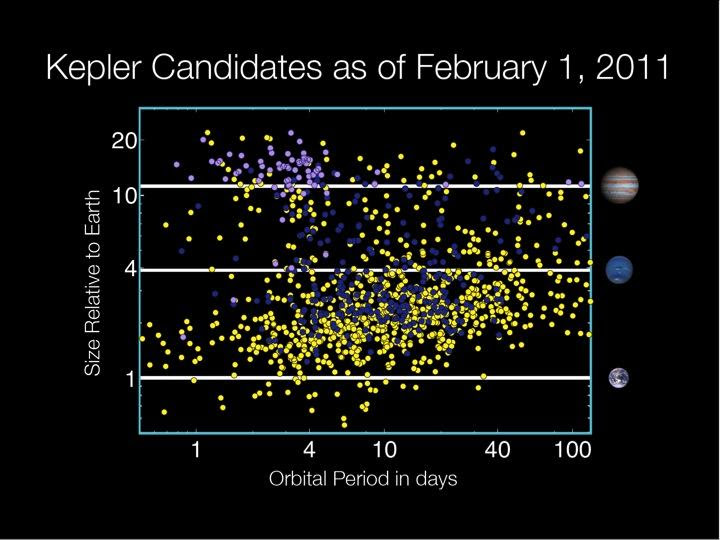 Kepler is NASA's tenth Discovery mission. Ames is responsible for the ground system development, mission operations and science data analysis. NASA's Jet Propulsion Laboratory, Pasadena, Calif., managed the Kepler mission development. Ball Aerospace and Technologies Corp., Boulder, Colo., was responsible for developing the Kepler flight system, and along with the Laboratory for Atmospheric and Space Physics at the University of Colorado, is supporting mission operations. Ground observations necessary to confirm the discoveries were conducted at the Keck I in Hawaii; Hobby-Ebberly and Harlan J. Smith 2.7m in Texas; Hale and Shane in California; WIYN, MMT and Tillinghast in Arizona, and the Nordic Optical in the Canary Islands, Spain.

The Kepler instrument views 1/400th of the sky. Imagine how many more planets there might be if we expand Kepler's field-of-view to look at the rest of the galaxy?


NASA's Kepler space telescope watches a star, Kepler-11. The star appears to blink in a pattern. It dims like clockwork as six "hands" of differing size orbit around it at different rates. Kepler-11 dims when its six orbiting planets cross between it and the Kepler spacecraft. Calculations show the planets are nested in circular orbits that lie in almost the same plane.