ESA Seeks Signs of Life on Planets Orbiting Nearby Stars

The European Space Agency has backed a $643 million (£400 million) mission to study extra-solar planets, led by UCL (University College London). A key objective of the mission is to look for signs of life in planets which are orbiting stars nearby our Sun. 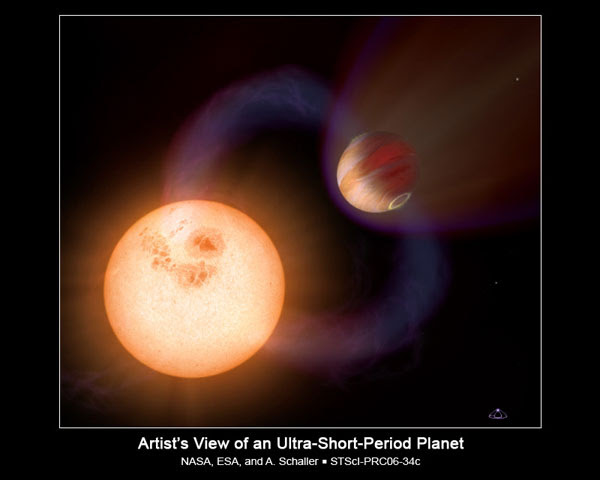 EChO - the Exoplanet Characterisation Observatory - is led by Dr Giovanna Tinetti, from the UCL Department of Physics and Astronomy, and is supported by over 150 of Europe's top astronomers. It will consist of a 1.2 metre telescope designed to carry out spectroscopy of the atmospheres of a range of extra solar planets, from giant gas planets (similar to Jupiter in our own Solar System) down to terrestrial planets in the habitable zone of some stars.

The telescope should be launched some time between 2020 and 2022, and will look at the atmospheres of planets that may be orbiting in the "habitable zone" of their stars, where water can exist as a liquid.

"This is tremendously exciting news," said Dr Tinetti. "One of the key aims of our mission is to see if we can detect molecules such as ozone and carbon dioxide in the atmospheres of planets not much bigger than our Earth. These molecules are key biomarkers - signs that life might be, or might have been, present."

EChO will cost about 400 million pounds, and was one of nearly 50 mission proposals made to the European Space Agency. "We had to overcome really tough competition to get selected for further study and possible launch," Dr Tinetti explained.

Dr Tinetti has a strong record in exoplanet research. She led the team that made the first discovery of water in an exoplanet atmosphere, opening up a new era in understanding these alien worlds. EChO will try to and understand the chemical composition and thermal structure of these planets, through which scientists hope to unveil their physical processes, formation and evolution

Looking ahead to the next decade of scientific exploration, ESA has on February 25th selected four candidates for a medium-class mission that will launch in the period 2020-22. The candidates cover very different areas of scientific research, ranging from investigations of black holes and general relativity to near-Earth asteroid sample return and studies of planets orbiting distant stars.