NASA's Stardust-NExT spacecraft is nearing a celestial date with comet Tempel 1 at approximately 8:37 p.m. PST (11:37 p.m. EST), on Feb. 14. The mission will allow scientists for the first time to look for changes on a comet's surface that occurred following an orbit around the sun. 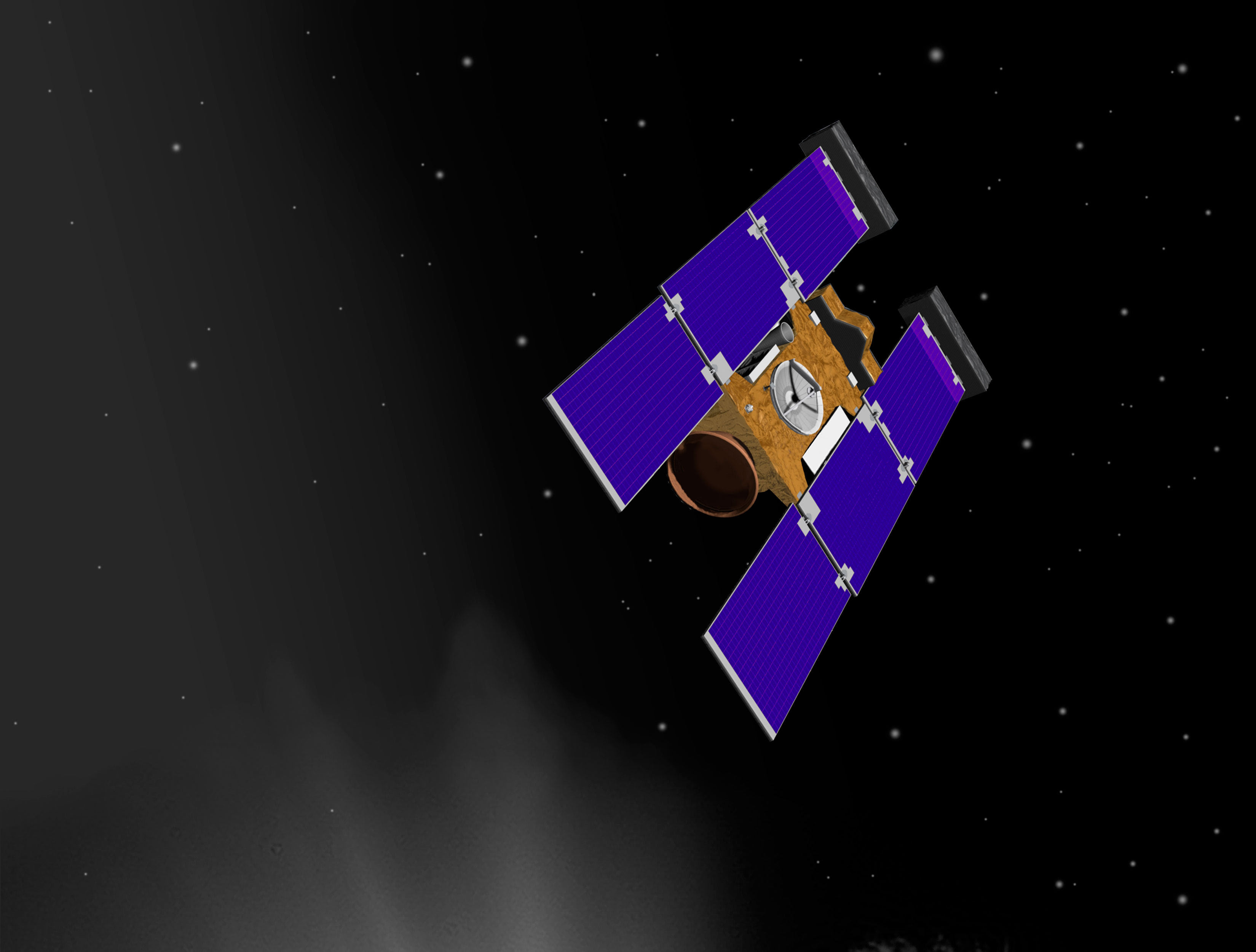 The Stardust-NExT, or New Exploration of Tempel, spacecraft will take high-resolution images during the encounter, and attempt to measure the composition, distribution, and flux of dust emitted into the coma, or material surrounding the comet's nucleus. Data from the mission will provide important new information on how Jupiter-family comets evolved and formed. 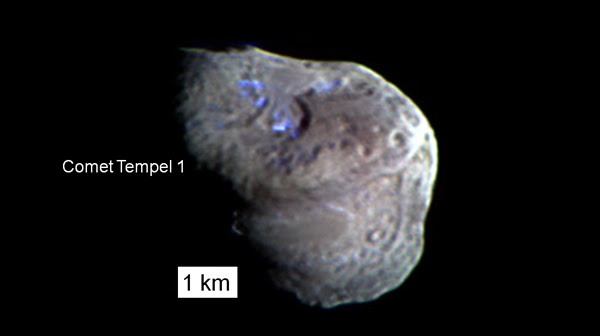 The mission will expand the investigation of the comet initiated by NASA's Deep Impact mission. In July 2005, the Deep Impact spacecraft delivered an impactor to the surface of Tempel 1 to study its composition. The Stardust spacecraft may capture an image of the crater created by the impactor. This would be an added bonus to the huge amount of data that mission scientists expect to obtain.

"Every day we are getting closer and closer and more and more excited about answering some fundamental questions about comets," said Joe Veverka, Stardust-NExT principal investigator at Cornell University, Ithaca, N.Y. "Going back for another look at Tempel 1 will provide new insights on how comets work and how they were put together four-and-a-half billion years ago."

At approximately 336 million kilometers (209 million miles) away from Earth, Stardust-NExT will be almost on the exact opposite side of the solar system at the time of the encounter. During the flyby, the spacecraft will take 72 images and store them in an onboard computer.

Initial raw images from the flyby will be sent to Earth for processing that will begin at approximately midnight PST (3 a.m. EST) on Feb. 15. Images are expected to be available at approximately 1:30 a.m. PST (4:30 a.m. EST).

As of today, the spacecraft is approximately 24.6 million kilometers (15.3 million miles) away from its encounter. Since 2007, Stardust-NExT executed eight flight path correction maneuvers, logged four circuits around the sun and used one Earth gravity assist to meet up with Tempel 1.

Another three maneuvers are planned to refine the spacecraft's path to the comet. Tempel 1's orbit takes it as close in to the sun as the orbit of Mars and almost as far away as the orbit of Jupiter. The spacecraft is expected to fly past the nearly 6-kilometer-wide comet (3.7 miles) at a distance of approximately 200 kilometers (124 miles).

In 2004, the Stardust mission became the first to collect particles directly from comet Wild 2, as well as interstellar dust. Samples were returned in 2006 for study via a capsule that detached from the spacecraft and parachuted to the ground southwest of Salt Lake City. Mission controllers placed the still viable Stardust spacecraft on a trajectory that could potentially reuse the flight system if a target of opportunity presented itself.

In January 2007, NASA re-christened the mission Stardust-NExT and began a four-and-a-half year journey to comet Tempel 1.

"You could say our spacecraft is a seasoned veteran of cometary campaigns," said Tim Larson, project manager for Stardust-NExT at NASA's Jet Propulsion Laboratory in Pasadena, Calif. "It's been half-way to Jupiter, executed picture-perfect flybys of an asteroid and a comet, collected cometary material for return to Earth, then headed back out into the void again, where we asked it to go head-to-head with a second comet nucleus."

The mission team expects this flyby to write the final chapter of the spacecraft's success-filled story. The spacecraft is nearly out of fuel as it approaches 12 years of space travel, logging almost 6 billion kilometers (3.7 billion miles) since launch in 1999. This flyby and planned post-encounter imaging are expected to consume the remaining fuel.

JPL manages the mission for the agency's Science Mission Directorate in Washington. Lockheed Martin Space Systems in Denver built the spacecraft and manages day-to-day mission operations. JPL is managed by the California Institute of Technology, Pasadena. 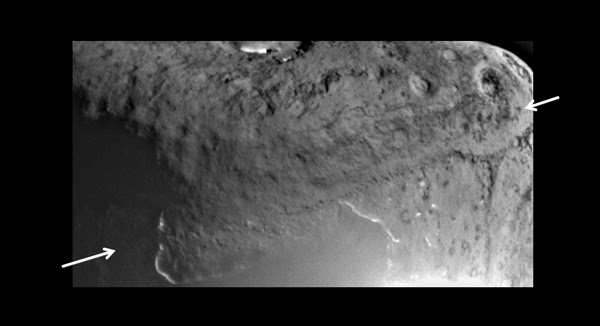 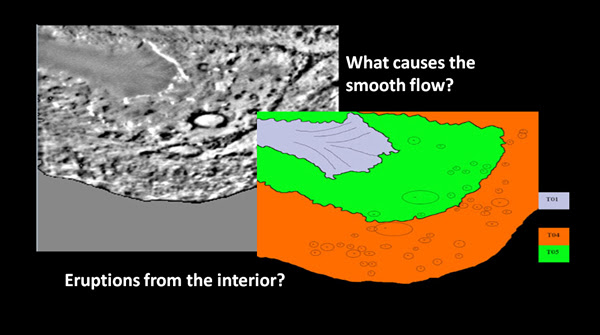 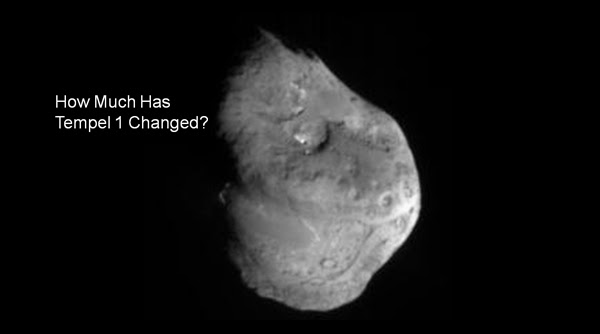 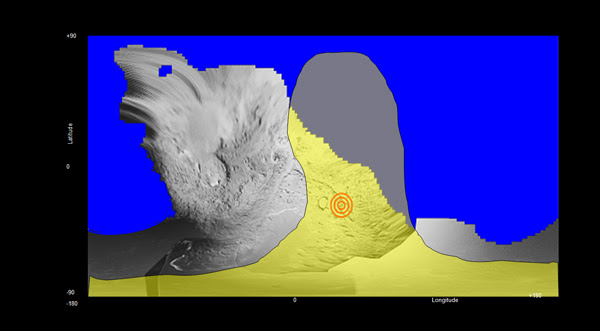 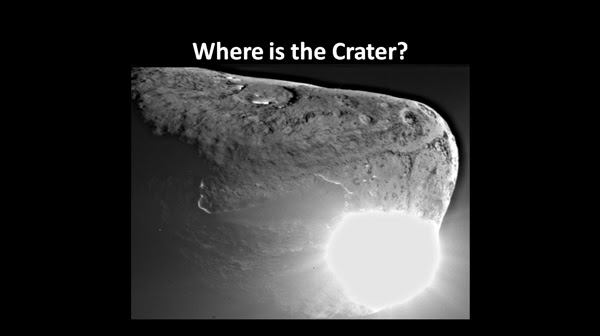 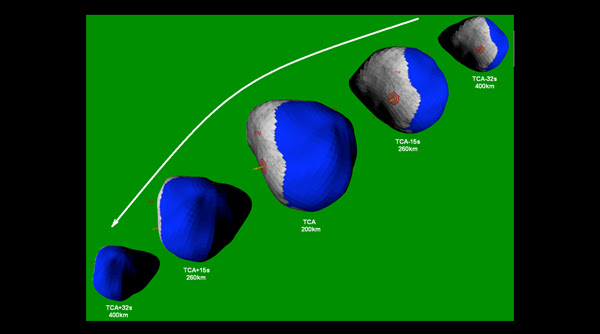 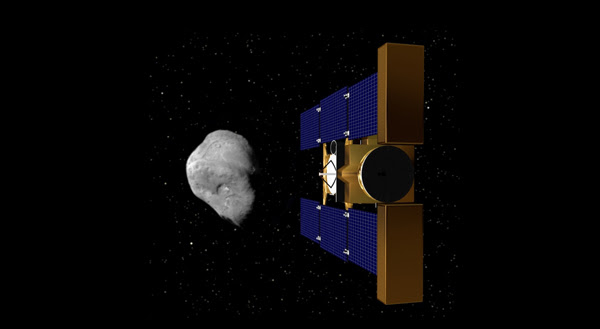 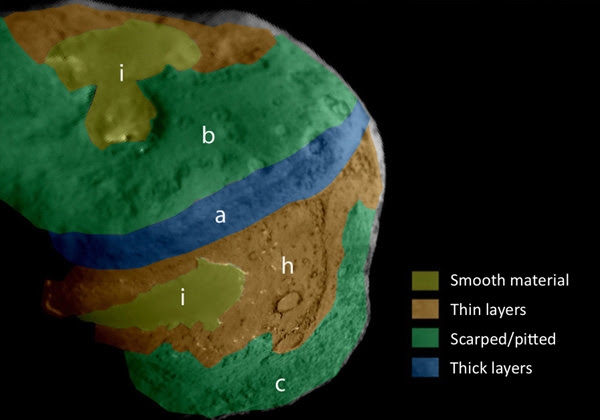 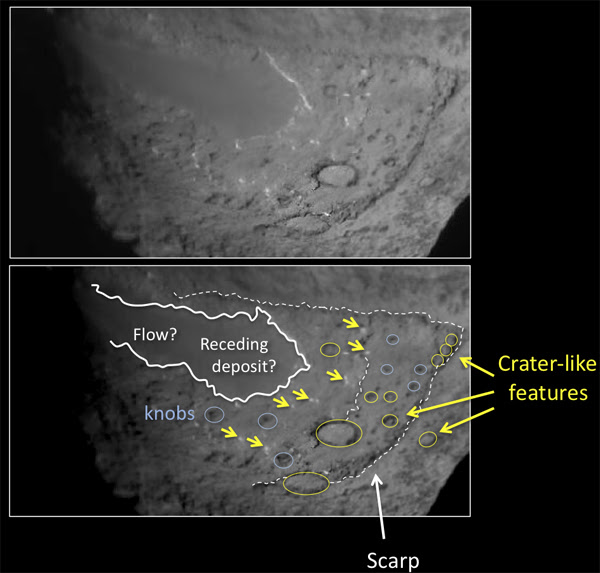 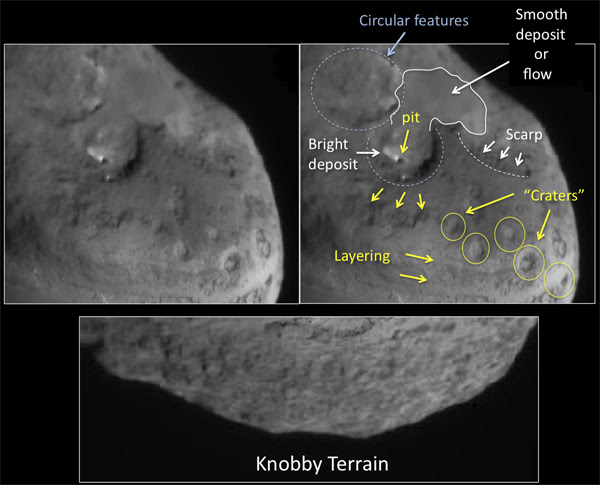 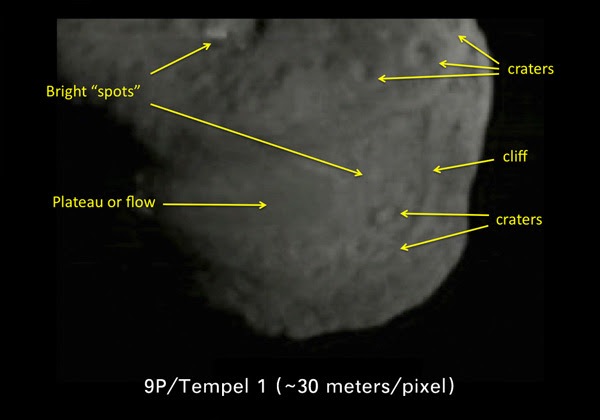 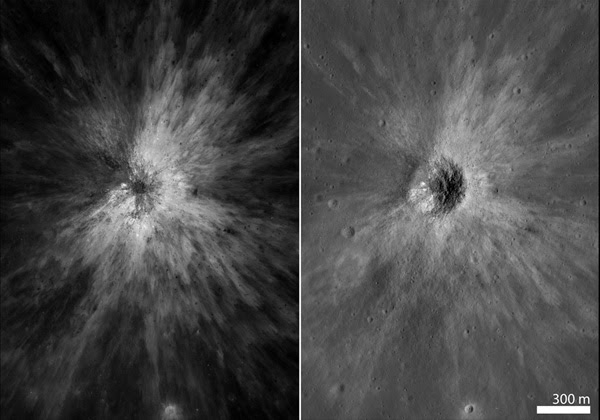 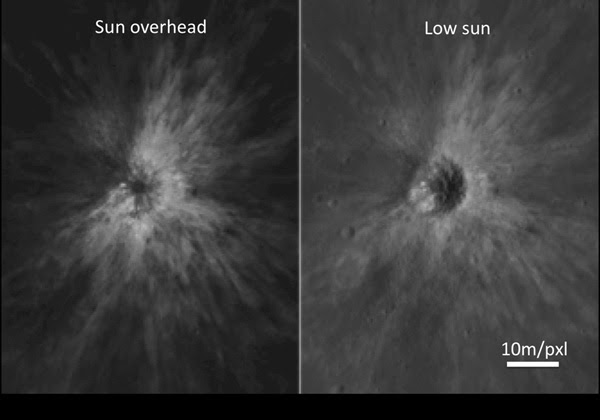 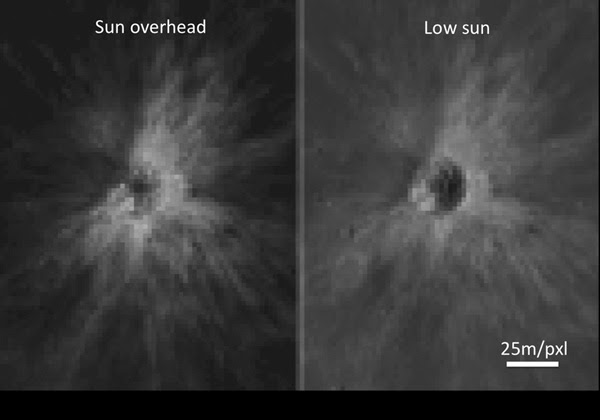 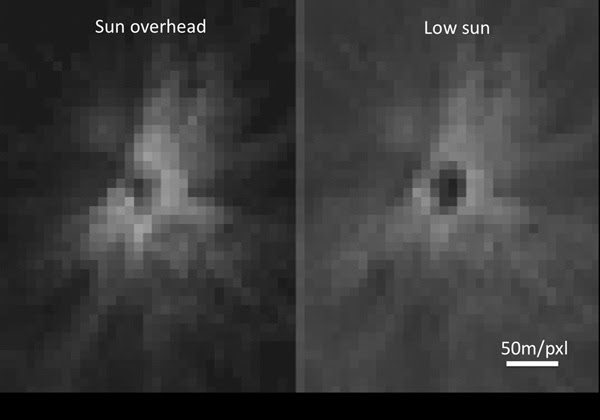 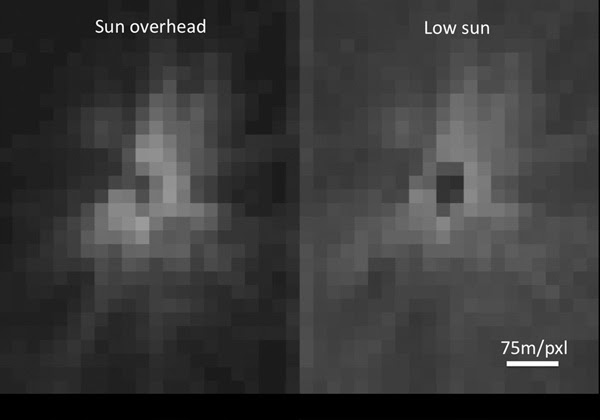