This infrared image, showing thermal radiation at a wavelength of 9.7 microns, was obtained by the Gemini North Telescope in Hawaii. The image shows the aftermath of an impactor hitting Jupiter on July 19, 2009. The area of impact can be seen as the bright white and yellow features at the bottom of this image. An inset shows the impact area in more detail.

The image was taken on July 22, 2009, three days after the impact. White and yellow indicate hot temperatures and the presence of hot ammonia upwelling from deep in Jupiter's atmosphere. Infrared images like this, along with measurements of light intensity at different wavelengths to look for the unique signatures of different materials that were obtained by the Gemini South Telescope in Chile, strongly suggest to scientists that a rocky body slammed into the Jovian atmosphere. That body was likely an asteroid and not a comet. 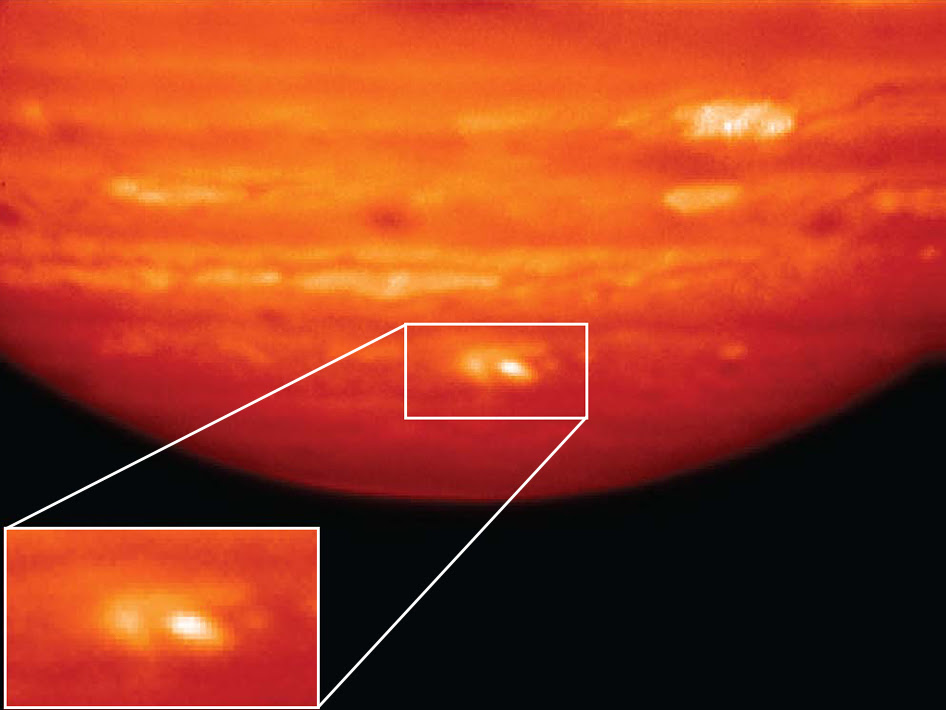 Image credit: Gemini Observatory/AURA/UC Berkeley/SSI/ JPL-Caltech
Jupiter Scar in Infrared
These infrared images obtained from NASA's Infrared Telescope Facility in Mauna Kea, Hawaii, show particle debris in Jupiter's atmosphere after an object hurtled into the atmosphere on July 19, 2009. The image on the left was taken on July 20, 2009, and the image on the right was taken on Aug. 16, 2009. The impact and its aftereffects can be seen as the bright spot on the lower left of the July 20 image and as the bright smudge on the lower left of the Aug. 16 image. By Aug. 16, the debris had been sheared apart by Jupiter's winds to a larger extent

The images were taken in wavelengths of radiation around 2.1 microns. Scientists assigned white to show the highest concentrations of particle debris. The Great Red Spot, a giant storm, can be seen in orange on the right side of the planet. 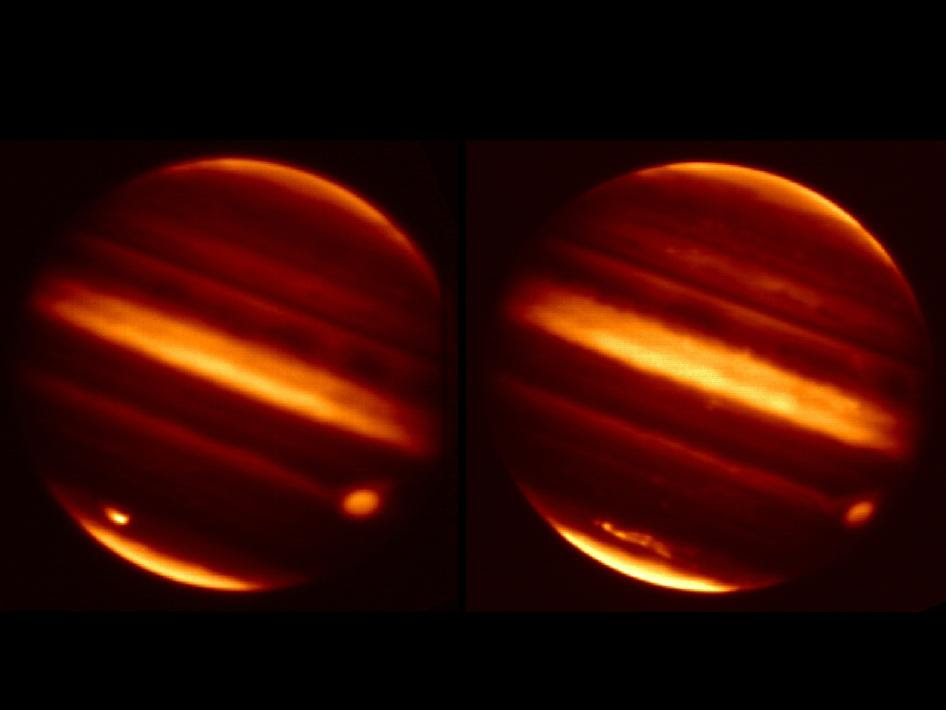