Dating Sheds New Light On Dawn Of The Dinosaurs

Careful dating of new dinosaur fossils and volcanic ash around them by researchers from UC Davis and UC Berkeley casts doubt on the idea that dinosaurs appeared and opportunistically replaced other animals. Instead -- at least in one South American valley -- they seem to have existed side by side and gone through similar periods of extinction.

Geologists from Argentina and the United States announced earlier this month the discovery of a new dinosaur that roamed what is now South America 230 million years ago, at the beginning of the age of the dinosaurs. The newly discovered Eodramaeus, or "dawn runner," was a predatory dinosaur that walked (or ran) on two legs and weighed 10 to 15 pounds. The new fossil was described in a paper by Ricardo Martinez of the Universidad Nacional de San Juan, Argentina, and colleagues in the journal Science Jan. 14. 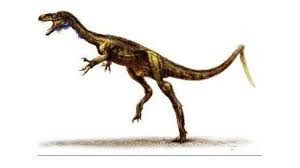 The fossils come from a valley in the foothills of the Andes in northwestern Argentina. More than 200 million years ago, it was a rift valley on the western edge of the supercontinent Pangaea, surrounded by volcanoes. It's one of the few places in the world where a piece of tectonically active continental margin has been preserved, said Isabel Montañez, a UC Davis geology professor and a co-author of the Science paper.

Montañez, with Brian Currie from Miami University, Ohio, and Paul Renne at UC Berkeley's Geochronology Center, have conducted earlier studies of the ancient soils from the valley, dating layers of ash and researching how the climate changed. Those climate studies have been published previously.

According to Montañez, there are two major temporal boundaries in the geology of the era: The Carmian-Norian boundary at 228 million years ago and the Triassic-Jurassic transition at about 210 million years ago. Geologists have long thought that dinosaurs jumped in number and variety at both points, opportunistically replacing other reptiles.

But the carefully aged fossils from South America show no such increase at the Carmian-Norian boundary, Montañez said. Rather, dinosaurs were as diverse and abundant before the transition as later in the Jurassic, although several species of both dinosaurs and other animals went extinct at the boundary.

At that time, the climate in the valley changed from semi-arid, like today's Mojave desert, to more humid. It's not clear whether that was a global phenomenon or local to that area, Montanez said.

"Those dinosaurs were perfectly happy before the Carmian-Norian transition," Montanez said. There's no indication that the dinosaurs appeared and wiped out other animals, which has been the prevailing hypothesis for the origin of dinosaurs based on fossils from North America and elsewhere in the world.

It may be that there are missing pieces from the fossil records elsewhere, Montanez said, noting that, "nowhere else is this well dated."

The delicate skull of Eodromaeus, showing its slender sabre-shaped upper teeth, is nestled in the hands of University of Chicago paleontologist and National Geographic Explorer-in-Residence Paul Sereno. The skull is composed of replica bones.