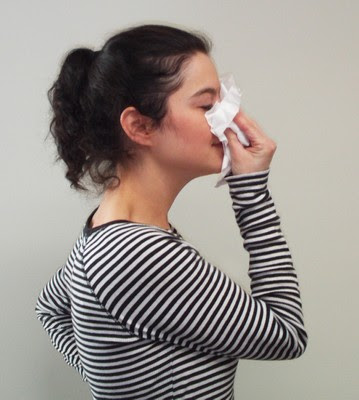 New research using human-networking theory may give a clearer picture of just how, exactly, infectious diseases such as the common cold, influenza, whooping cough and SARS can spread through a closed group of people, and even through populations at large.

Researchers are continually seeking new ways to foil flu and other infectious diseases. 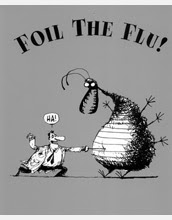 With the help of 788 volunteers at a high school, Marcel Salathé, a biologist at Penn State University, developed a new technique to count the number of possible disease-spreading events that occur in a typical day.

This results are published in this week's issue of the journal Proceedings of the National Academy of Sciences.

The research was funded by the National Science Foundation (NSF) and the National Institutes of Health (NIH).

"Contact networks, which are shaped by social and cultural processes, are keys to the spread of information and infection," says Deborah Winslow, NSF program director for cultural anthropology and the ecology of infectious diseases. "Before this research, the study of contact networks had been hampered by the lack of good data on their formation and structure." 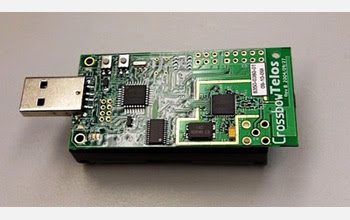 "This setting proved a closed population in which the whole network could be determined. By collecting real-time network data, the researchers improved significantly on the usual error-prone techniques that depend on asking informants to recall their interactions."

Every day people come into contact with many other people; their interactions vary in length; and each contact is an opportunity for a disease to spread, Salathé said.

"But it's not like you can take a poll and ask people, 'How many different people have breathed on you today, and for how long?' We knew we had to figure out the number of person-to-person contacts systematically."


Graphic showing the flu virus and its antibodies. 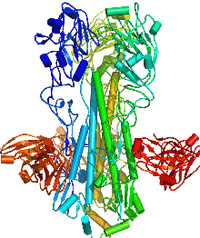 Using a population of high-school students, teachers and staff members as a model for a closed group of people, Salathé and his team designed a method to count how many times possible disease-spreading interactions occurred during a typical day.

Like a cell phone, each mote was equipped with its own unique tracking number, and each mote was programmed to send and receive radio signals at 20-second intervals to record the presence of other nearby motes.

Volunteers then were asked to go about their day by attending classes, walking through the halls, and chatting with other people.

At the end of the day, Salathé's team collected the motes and recorded how many mote-to-mote interactions had occurred, and how long each interaction had lasted.

"Even when people aren't talking, they might be sneezing and coughing in each other's direction, bumping into each other, and passing around pathogens."

To record even these non-conversational events--any kind of spatial closeness that would be enough to spread a contagious disease--each mote used a 3-meter maximum signaling range, extending outward from the front of the person's body.

Defining a single interaction as any 20-second or longer event of mote-to-mote proximity, Salathé and his team found that the total number of close-proximity events was 762,868.

"From a pathogen's point of view, each interaction is another chance to jump from person to person."

In addition, the team found peaks of interactions at times between classes, not surprisingly, when mote-wearing volunteers were physically closer to one another, moving around in the halls on their way to the next class.

Salathé and his team found that, at the end of the day, most people had experienced a fairly high number of person-to-person interactions, but they also found very little variation among individuals.

Strikingly, they did not find any individuals who had an extraordinarily high number of contacts when compared with the rest of the group. Such individuals--called super-spreaders--are known to be very important in the dynamics of disease spread.

"For example, in sexual-contact networks, one often finds a group of people with a much higher potential to contract and spread a virus such as HIV," Salathé said.

"This potential is due to these individuals' extremely high number of interactions. But in our experiment, while there may have been kids with a few more interaction events, for the most part, everyone had about the same high level of interaction."

Salathé explained that while schools may indeed be "hot beds" for colds and the flu, individual students do not seem to vary with regard to exposure risk due to their contact patterns.

Data from the motes also confirmed an important social-networking theory--that contact events are not random because many "closed triangles" exist within a community.


Antigenic shift: how a flu virus transforms and spreads. 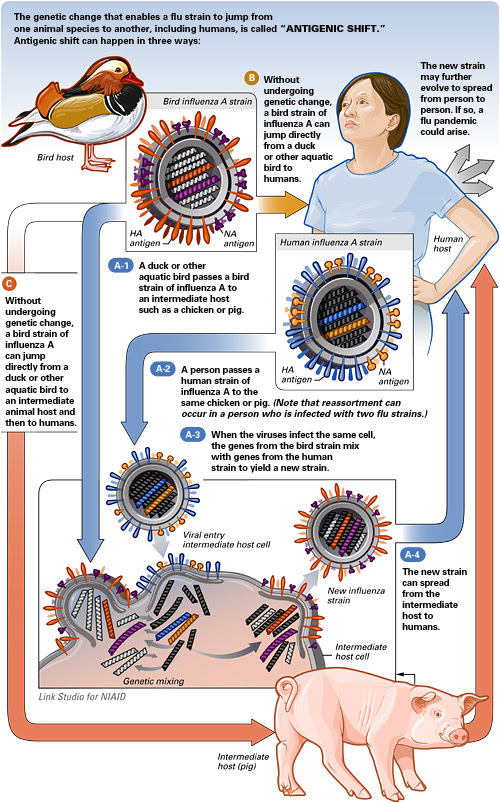 "Real data illustrating these triangles provide just one more piece of information to help us track how a disease actually spreads."

Salathé also said that networking data such as his may help guide public-health initiatives such as vaccination strategies and prevention education.