ESA PR 27-2010 A flawless launch has delivered Hylas-1, ESA’s first public–private partnership in a full satellite system, into space. The satellite was released today into its transfer orbit after a textbook launch by an Ariane 5 vehicle from Europe’s Spaceport in French Guiana. status at: www.arianespace.com

Owned and operated by Avanti Communications plc of the UK, and with its key payload constituents developed by EADS Astrium in the framework of ESA’s Advanced Research in Telecommunication Systems (ARTES) programme, through funding essentially from the UK Space Agency, the Hylas-1 communication satellite will demonstrate advanced high-speed technologies and provide innovative broadband services across Europe.

ESA has devoted years to developing satellite broadband technologies through its Advanced Research in Telecommunication Systems (ARTES) programme. Now several of these innovations are being put to work on Hylas-1.

ESA’s involvement focuses on the mission’s most inventive element – its highly adaptable payload. The satellite’s flexible technology means that it can modify its data throughput across the European regions it serves, keeping pace with market demand. 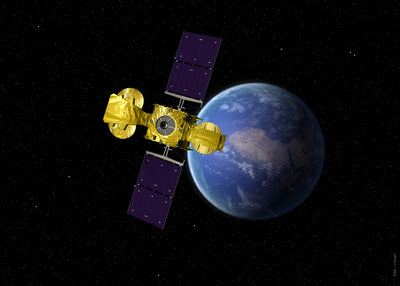 The Highly Adaptable Satellite is an advanced satellite system focused on high-speed internet connectivity for Europe.

Hylas-1 will operate some 35786 km above the Atlantic in geostationary orbit. As is standard for geostationary telecom missions, a Ariane-5 ECA is flying it to a highly elliptical geostationary transfer orbit. The satellite's own thrusters will then circularise the orbit. 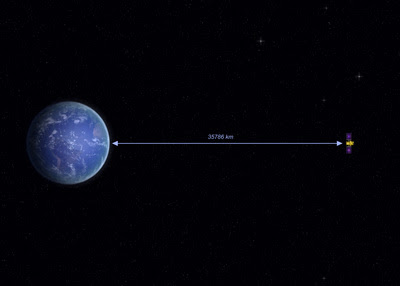 Broadband from the sky

Operating across Ku- and Ka-band frequencies with advanced communication technology, Hylas-1 can pipe broadband through the sky to hundreds of thousands of previously underserved users while simultaneously broadcasting multiple standard and high-definition TV channels.
Ku-band and Ka-band are portions of the microwave spectrum: Ku-band is extensively used for satellite television broadcasting, while Ka-band is increasingly employed for broadband internet services.
Hylas-1’s wide Ku-band beam covers the whole of Europe. Its Ka-band antenna generates eight closely focused ‘spot beams’ for optimal frequency reuse, each providing coverage to a key European market. Bandwidth and power can be redistributed between beams to fulfil the changing needs of the market.
on November 26, 2010