With the aid of science video communication charity, The Vega Science Trust , COST Action MP0901 “NanoTP” has produced two short videos explaining graphene and its amazing properties. The videos are written and presented by Jonathan Hare, and show how amazingly graphene can be produced using just a pencil and some sticky tape. 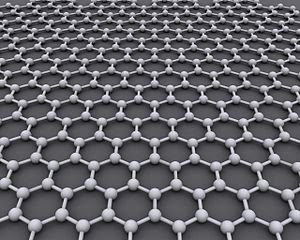 Jonathan has previously appeared in BBC Science programmes such as “Rough Science” and now runs the Creative Science Centre in Sussex.

“The Nobel prize was a surprise that couldn’t be more timely for us – Graphene is a wonderful material that has been on the ‘wish list’ of theoretical science for a long time before it actually existed”, says Carla Bittencourt, Chair of NanoTP. “It’s a great playground for the scientists in our project. Tools that we have developed to study other forms of carbon like nanotubes are all in place, it means graphene will rapidly make the transition from basic science to real-world applications. I hope that awarding the prize to Graphene will call the attention of funding agencies to the importance of ‘scientific curiosity’ in the centre of research projects”.

NanoTP involves more than 150 scientists from 24 different countries working in the field of nanotechnology.

“NanoTP brings together scientists from across Europe, America and Asia, to pool resources and ideas, and cross geographical and scientific borders”, says Chris Ewels, vice-chair of NanoTP.

“For us it’s important to communicate with the public. People want to know about nanoscience and its implications for the future, and as scientists working in this area we have a responsibility to get involved in the public debate.”

In October 2010 the Nobel Prize for Physics was won by Andre Geim and Konstantin Novoselov at Manchester University for their work on graphene but if you are left wondering just what graphene is and how it fits in the carbon family then watch this video made by VegaScienceTrust.

To watch the videos, please visit the website below: http://www.cost.eu/library/videos/Graphene-and-the-Carbon-Revolution