The multifunctional system, called NEUROPROBES, can sense and activate brain cells both electronically and chemically, and provides great promise for use in a variety of applications related to brain disorders and disease. It means neurologists can now study how different areas of the brain's prefrontal cortex are related to each other, something that could not be done with existing fMRI (functional Magnetic Resonance Imaging) scans, for instance. 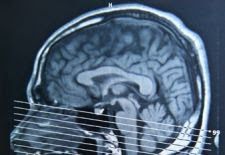 The prefrontal cortex, which lies in front of the motor and premotor areas of the brain, is fundamental to understanding behavioural disorders such as schizophrenia and obsessive compulsive disorder. The coordinator of the project, Dr Herc Neves of the Interuniversity MicroElectronics Center in Belgium, explained that through NEUROPROBES you could, in theory, switch off one area chemically and look at how it affects the other areas.

'We know quite well what areas of the brain are implicated in this or that activity. We even know what relatively small regions of the brain are involved in learning and cognitive tasks, for example,' said Dr Neves. 'But the bridge between that regional activity and activity at the cellular level is still incomplete. That's where it is important to have this kind of probing platform.'

He added that one of the main uses for the system will be to provide precise diagnoses prior to brain surgery, such as in the case of a patient with epilepsy. 'You have a patient that is about to be operated on, and you want to remove as little tissue as possible. By pinpointing where the seizure is generated, you remove only that tissue. It means safer, less invasive surgery,' noted Dr Neves.

During the course of the four-year project, the team also focused on the hearing processes of the brain. They believe NEUROPROBES has the potential to generate new information on those processes closer to the cortex. In the case of people with nerve damage in this area, the system could contribute to ways of directly stimulating the auditory cortex.

But the system also has the capacity to provide insight into ordinary, everyday tasks and normal brain behaviour. Professor Giacomo Rizzolatti from the University of Parma in Italy explained how the system could reveal information on mirror neurons, neurons that fire both when we perform something and when we observe the same action being performed by another person. This 'mirror' effect takes place as if the observer is actually performing the act themselves, as is the case when we dream about an action.

Professor Rizzolatti said it was this type of research that the system's probes were designed to facilitate, and that the implications for learning as a result of NEUROPROBES are enormous. 'That, in turn, has implications for people with cognitive disabilities. So, for example, we could understand a lot more about autism if we could understand these mirror neurons better,' added Professor Rizzolatti.

Future start-up and spin-off companies are expected to manufacture the probes and keep up with the huge demand expected internationally.

Dozens of potential applications await a new neurological probing platform developed by European scientists. The new system offers the promise of new cures for neurological disease and a better understanding of how our brain works

Parkinson’s, obsessive compulsive disorder (OCD), Alzheimer’s and schizophrenia are just some of the brain conditions that could benefit from a new brain probing platform developed by European researchers.

The NeuroProbes platform is a modular, three-dimensional probing system that can sense and stimulate individual brain cells both electrically and chemically, and it opens the door to dozens of new research programmes, and even promises to refine work currently underway.

The platform will not only play a role in understanding brain disorders and disease, it will also provide a host of new ways to study normal brain behaviour and explain why and how we do everyday tasks the way we do.

One of the key roles for the new platform will be pre-operative diagnostics prior to brain surgery for a variety of conditions. “It is known that similar probes have been used for decades to discover the focus of an epileptic seizure, for example,” explains Herc Neves, scientist at Belgium’s IMEC and coordinator of the NeuroProbes project.

“You have a patient that is about to be operated on, and you want to remove as little tissue as possible. By pinpointing where the seizure is generated, you remove only that tissue. It means safer, less invasive surgery.”

Many neurosurgeons will use the probes in this manner, but one of the most important applications will be fundamental brain research, typically using animal models. A typical neurology processes uses probes and functional magnetic resonance imaging (fMRI) to test certain behaviours in animals. Then researchers use that information and fMRI to deduce behaviour in humans.

Dozens of applications
NeuroProbes modular platform could have dozens of application. Take mirror neurons, research pioneered by Professor Giacomo Rizzolatti from University of Parma, a partner in the NeuroProbes consortium. Mirror neurons fire when a person acts consciously, such as grasping an object, or if the subject watches somebody else perform the action. The same neurons fire when you dream about the action.

This is only one little aspect of what we don't know yet about the human brain, stresses Neves, but it is where NeuroProbes’ work really begins to shine.

Probing the brain’s interplay
Behavioural disorders like schizophrenia and OCD are other examples. They are related to the prefrontal cortex, and there is a possible interplay between different sub-areas, or sectors of the pre-frontal cortex. Right now, neurologists do not know how these different areas are related to each other. It is something that you cannot study with fMRI.

“But, experimentally, you can [study this] by using NeuroProbes to chemically switch off one area and look at how it affects the others. You temporarily switch them off chemically, but when the effect of the drug wears [off] the brain has the same function as before,” reveals Neves.

Of course, once a particular mechanism is understood, NeuroProbes can be used in surgical operations to deal with the problem. For example, it can guide a surgeon to the focus of epileptic seizures in a particular patient in order to render it inactive. So there is a lot of exchange between research and medicine.

Electrical sensing can be used to track a single cell actively or a group of cells. “We know quite well what areas of the brain are implicated in this or that activity. We even know what relatively small regions of the brain are involved in learning and cognitive tasks, for example. But the bridge between that regional activity and activity at the cellular level is still incomplete. That's where it is important to have this kind of probing platform,” Neves declares

Cochlear implant
Cochlear implants was another internal interest among NeuroProbes’ consortium members. These implants are among the most successful ever produced, working extremely well in thousands of cases, enormously improving the quality of life for those who use them.

But they only work where all the neural structures are intact. In many cases, those structures are not intact, and while researchers understand very well what is happening in the ear, that knowledge becomes much more uncertain as the nerve approaches the cortex, and things become more complicated.

Neves believes that the NeuroProbes platform could shed enormous light on the hearing process closer to the cortex, perhaps making it possible to directly stimulate the auditory cortex, for those cases where the patient’s nerve is damaged. Visual prosthesis, as well, could benefit from the high-resolution data provided by NeuroProbes.

Chemical sensing and actuation, too, offer very promising research avenues, and a team in Cambridge is using the chemical probes to explore the mechanism of drug addiction. NeuroProbes chemical sensing probes work with both choline and glutamate, two of the most important and active chemicals in the brain, so the scope of potential work is enormous.

The NeuroProbes concept has proven quite popular, generating some excitement among researchers and industrial players. “Almost every meeting we go to, we are approached by neuroscientists asking us where they can get their hands on these probes. They tell us they need the probes yesterday!”

A start-up company is planned to fabricate these probes and keep up with the huge demand among neurology researchers worldwide.

“There is enough demand to keep several companies going, and we have specific structures in place, at IMEC and among many of our partners, to create spin-off companies for our research. IMEC will certainly be providing support and we are always interested in talking to potential investors.”

The team has also applied for further funding under the EU’s Seventh Framework Programme for research. That project would take the research much further by looking at deeper brain regions. But the work already completed by the researchers will continue to have an impact for many years to come, revealing the secret life of the brain.

The NeuroProbes project received funding under the ICT strand of the EU’s Sixth Framework Programme for research.