With the current drive towards smaller geometries of integrated circuit (IC) devices, measurement of IC device features is increasingly difficult as the features become smaller. Optical microscopy and spectroscopy technologies are well established. However, there are fundamental limitations of conventional optical microscopy.  Tokyo Electron's photonic metrology system overcomes these limitations with microsphere-generated nanojets which are unaffected by the diffraction of light which limits wafer inspection by conventional optical microscopy

The inventors note that nanojet-inducing dielectric microsphere analysis differs significantly from the traditional microlens in terms of physical mechanisms.  A photonic nanojet system is a backscattering-detection system  as opposed to an imaging lens system. As a result, it is not affected by the usual diffraction limit. The effective backscattering of the nearby nanosphere is enhanced by the mutual interaction between the nano and microspheres.

In the case of imaging objects with optical fields propagating in the far-field zone, the fundamental constraint is the diffraction of light that limits conventional optical microscopy to a spatial resolution comparable to one-half wavelength, or about 200 nm for visible light. As problems of interest push further into the nanometric regime, the importance of imaging techniques that allow nanoscale resolution or sensitivity has been steadily increasing.

FIG. 2 is an architectural diagram of a photonic nanojet metrology system. 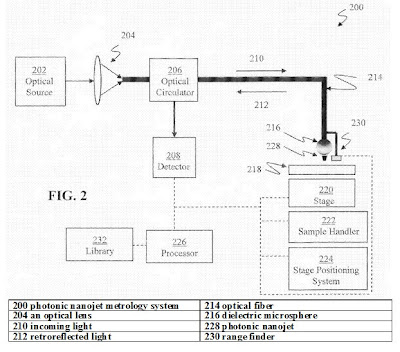 FIGS. 3a-c illustrates the evolution of a photonic nanojet. 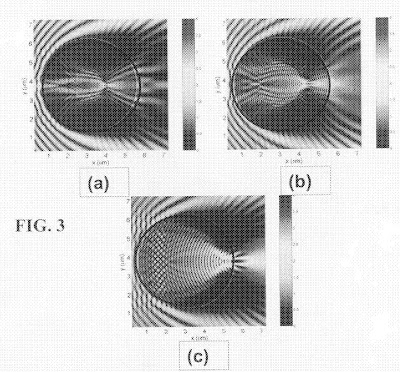 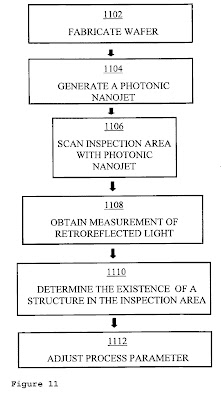