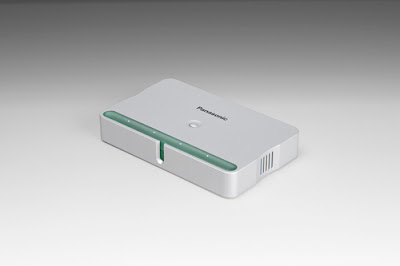 Panasonic Corporation (Osaka, JP) reports it has developed a direct methanol fuel cell system which can produce an average power output of 20 W by increasing the output per cubic centimeter twice that of its previous prototype. Using this technology, Panasonic aims to develop a 100 W-class portable generator and start field testing in fiscal 2012 ending in March 2012.

Heightening environmental concerns and depletion of fossil fuels urge the development of alternative, clean energy with little greenhouse gas emissions. Great hopes are placed on the practical application of direct methanol fuel cells as an alternative, because they produce no air pollutants and significantly lower amount of CO2 than internal combustion engine generators.

In 2008 Panasonic developed compact fuel cell stacks by reviewing the structure of its connecting parts. It also developed compact and energy-efficient balance of plant (BOP) systems including a fuel supply pump that can directly mix and adjust the concentration of methanol internally. By improving the stack technology, Panasonic has successfully doubled the average power output to 20 W while retaining the same volume with the preceding prototype. The high output methanol fuel cell allows for powering feature-laden laptop computers, which have relatively high power consumption.

The new fuel cell system also boasts 5,000 hours of durability (based on eight-hour intermittent use per day). Durability was a major challenge for commercialization of fuel cells because power output drops as the electrodes deteriorate. Panasonic solved the problem by developing a technology that enables supplying high concentration fuel to the electrode.

Panasonic continues to work to increase output of direct methanol fuel cells, capitalizing on the above technologies that have achieved downsizing and high durability. As a next step, it plans to develop a portable generator with an average output of 100 W that will be much more compact than engine-generators. Combining the fuel cell generator with its high-capacity lithium-ion battery module, Panasonic aims to bring to market an outdoor power source that integrates energy-creation and energy-storage functions. 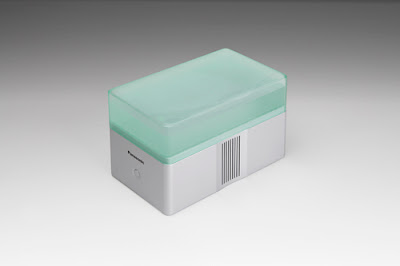 On the prototype fuel cell system, Panasonic holds 139 patents in Japan and 69 in other countries including pending applications.

[3] Stack: The generating part of the fuel cell. A plurality of MEA (membrane electrode assembly consisting of fuel electrode, electrolyte membrane, and air electrode) are connected in series to form a fuel cell stack

Panasonic Corporation is a worldwide leader in the development and manufacture of electronic products for a wide range of consumer, business, and industrial needs. Based in Osaka, Japan, the company recorded consolidated net sales of 7.77 trillion yen (US$78.4 billion) for the year ended March 31, 2009. The company's shares are listed on the Tokyo, Osaka, Nagoya and New York (NYSE: PC) stock exchanges. For more information on the company and the Panasonic brand, visit the company's website at http://panasonic.net/.