In U.S. Patent 7,639,356 (Washington, DC) U.S. Naval Research Laboratory (NRL) scientists Sharka M. Prokes and Orest J Glembocki reveal a new surface enhanced Raman spectroscopy (SERS)-active substrate consisting of dielectric/Ag nanowire composites, which show very enhanced sensitivities, in the parts per billion range. The reason for such high sensitivities can be that the nanowire crossings lead to very large electric field enhancements in large regions around the nanowires, allowing a larger volume of molecules of interest to be detected.

Furthermore, the wires can also be dispersed in a liquid, allowing for stand-off sensing applications. The nanowires can also serve as taggants.

In one embodiment, the fabrication technique can be applicable to Ga2O3 semiconductor nanowires and other metal oxide nanowires, with controlled size diameters ranging from about 5 to about 100 nm. The composite can consist of the nanowire core structure, which can be coated with a silver metallic shell on the order of 3-10 nm.

Raman scattering is often used in the chemical identification of materials. Light scattered from various vibrational modes in a material is red- and blue-shifted by the frequency of the vibrational modes.

The information that is obtained from Raman scattering is complementary to that of IR spectroscopy, but with the advantage of being performed with visible light. Because the Raman cross-sections of most materials are very small, the intensity of the Raman signal is often 8 orders of magnitude lower than the intensity of the exciting laser. Thus, rapid acquisition of Raman scattering requires the use of intense laser light, limiting the equipment to table top lasers. The situation is even more serious for small amounts of a species adsorbed on a surface of a material.

In the surface enhanced Raman scattering (SERS) effect rough metal surfaces (usually Ag) are used to increase the Raman signal of species adsorbed on the metal. Enhancements of up to 8 orders of magnitude have been observed. The SERS enhancement of molecules adsorbed on the roughened metal surface is caused by local electromagnetic fields that are created by the laser excitation of surface plasmons at the metal surface. Significant work has been done in SERS using various metals and geometry for the roughened features, including aggregate films, nano-particles, nano-shells and solid metal nanowire ordered arrays.

The two Navy scientists showed that local hot spots in the electric fields produced by localized plasmons excited in nanoparticles can produce large SERS effects. Furthermore, it has been suggested that using nanoparticles of appropriate size and geometry can lead to further enhancements by moving the plasmons absorption frequency close to that of the exciting laser. This adds resonant enhancement to the SERS process, further increasing the Raman signal. 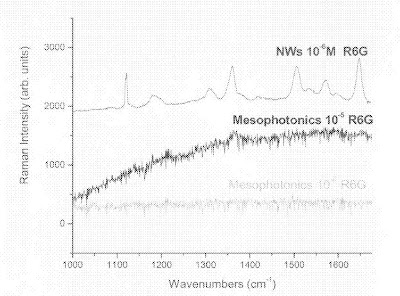 FIG. 4 Schematic diagram showing how crossed nanowires can be used to construct a 3D array that may maximize crossing points, where the SERS enhancement may be greatest. 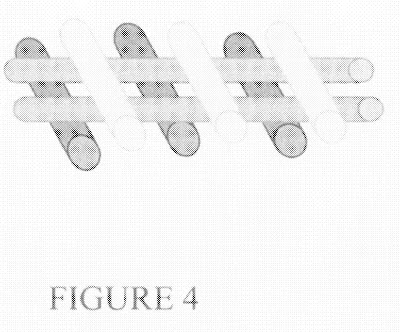