Doctors have taken the wrong approach to creating artificial hearts, according to an Ohio inventor who has developed modular magneto mechanical motors to be implanted in blood vessels and veins to serve as multiple mini-artificial hearts that could create a better circulatory system than can a single central heart. 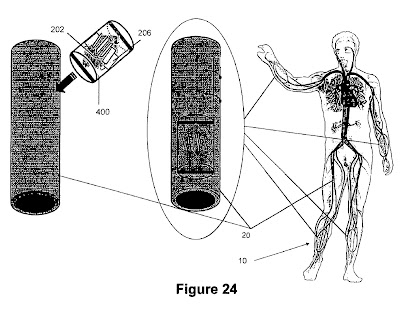 Heart disease and other circulatory related ailments are disorders that plague hundreds of millions of people worldwide and claim the lives of millions more on an annual basis. Despite the extensive amount of research pertaining to the field of artificial heart technology, many devices take a primitive, yet conventional, approach with regard to the pumping of blood in biological circulatory systems, according to inventor Martin Sentmanat

These prior art devices utilize a single centralized pumping means to circulate blood throughout a body in a manner similar to the operational utility of a natural human heart. Hence, while the existing paradigm to approaching these biomedical enigmas has been to ask the question "how to develop an artificial alternative to the human heart?" the more fundamental question to be asked is "how to develop a better circulatory system for the human body?"

Although the heart may have developed in mammals and animals throughout nature as a single centralized circulatory pumping means, with regard to fundamental engineering principles concerning flow and transport phenomena the implementation of a single pumping means for conveying fluid media over a vast and complex flow network would be considered an inadequate engineering design by modern-day standards and practices.

This is due to the fact that while in theory a single centralized pumping means would be sufficient to operate the flow network, in reality the presence of any subsequent flow restriction or blockage in the network would adversely affect the downstream flow thereby jeopardizing the vital operation of the entire flow network and causing an undue burden on the centralized pumping means.

The application of staged pumping is a concept familiar to fluid, chemical, petrochemical, mechanical and industrial engineers that employs the use of multiple pumping means networked in series and/or in parallel in order to convey fluid media in large volumes over expansive fluid networks that may experience significant restrictions to flow and/or may be susceptible to clogging or blockage throughout the flow network.

Smartin Technologies LLC (Akron, OH) inventor Martin Sentmanat  created a new class of  modular devices that contain magnetically charged or magnetically responsive movable elements whose motions can be controlled by an independent externally generated electromagnetic field or similar electrically charged flux source. Motion of the magnetic field defined by said magnetically charged movable elements can also be used to induce an electrical current in adjacent conductive elements. The prescribed kinematics of the movable element(s) may be of any conceivable motion that may include but is not limited to steady, stepped, ramped, oscillating, periodic and/or aperiodic rotation, linear actuation, one-, two-, or three-dimensional convolutions, or any conceivable combination of motions associated therewith.  The device earned U.S. Patent 7,638,915.

The devices may be used, controlled, and tasked singly, in tandem, or in multiple combinations to comprise a single or multi-function workflow. Each device may be coordinated or tasked independently to perform a single or multitude of conceivable functions that may include, but are not limited to, pumping, dispensing, extruding, conveying, vacuuming, extracting, separating, segregating, vortex generation, propulsion, metering, mixing, ramming, drilling, cutting, sawing, scraping, grinding, scrubbing, locomotion, mechanical motion translation and transmission, electrical power transmission, sampling and sensing/characterizing the physical properties of transportable media. The devices may be of a range of dimensional scale on the order of picometers (10-12) to several meters.

The fundamental principles governing the operation of a modular magneto-mechanical device (hereinafter "3MD") are similar to those governing brushless motor technology. However, what distinguishes 3MD technology from a conventional brushless motor is that the source of the magnetic field controlling motion is not physically integrated within the common motor casing, but is situated external and independent to the mechanical/movable portion of the 3MD module.

Alternatively, a 3MD module may also serve as an independent driving means for controlling the motion of a separate functional mechanical device. In this manner, the mechanical/movable portion of a 3MD module can be immersed within any fluid, non-fluid, hazardous, potentially hazardous, or not-readily accessible environment regardless of temperature and/or pressure and driven by a control field completely external or hermetically sealed from said environment, thus obviating the need for dynamic mechanical seals otherwise required to protect any internal/control components (electrical or otherwise) of the driving means.

Furthermore, because of its inherent design, the mechanical portion of the 3MD module can be made to be a replaceable and/or a disposable component, a particularly useful feature for 3MD applications involving hazardous or potentially hazardous media.

FIGS. 1 and 1a show a simple embodiment of a 3MD device 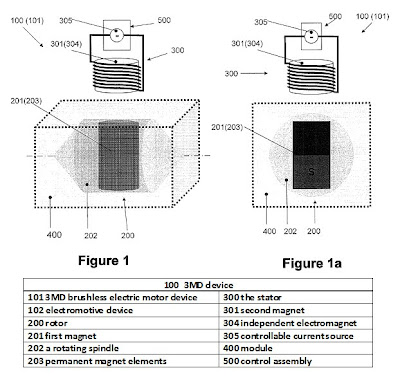 Liver and kidney disease are serious biological disorders that can severely deteriorate the body's ability to metabolize proteins, carbohydrates, and fats, detoxify poisonous substances, and filter the blood. As a consequence of such disease, the liver and/or kidneys operate in a progressively weakened state increasingly unable to, in the case of the liver, neutralize toxins and metabolize complex fats and carbohydrates present in the blood or in the case of the kidneys, filter the blood before the organs ultimately fail.

Although these disorders are conventionally treated with specialty prescription medications and diet modification, depending on the state of disease such treatments are often ineffective and/or the prescribed medication has adverse side effects on the rest of the human body. 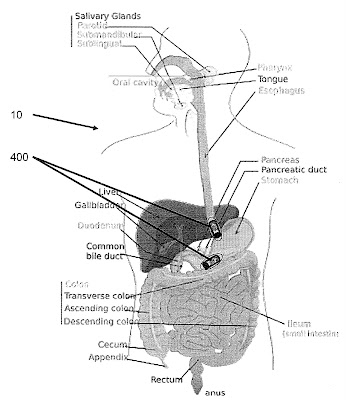 As an alternative to conventional drug treatment, the implantable 3MD device  may be incorporated in the body to act as a 3MD filtration device capable of separating fats, toxins, and waste material from the blood prior to entering the liver and/or the kidneys.

Lung disease, lung injuries, and other pulmonary and/or respiratory disorders can severely affect a body's ability to respire and thus oxygenate the blood, and as a consequence medical patients requiring breathing assistance and/or pulmonary respirators are often times immobilized as a result of this incapacity for self-respiration. 3MD technology offers a distinct alternative to conventional externally mounted respiratory devices. 3MD modules can be implanted in either the trachea or the bronchial tubes leading to the lungs to serve as artificial respirator devices. 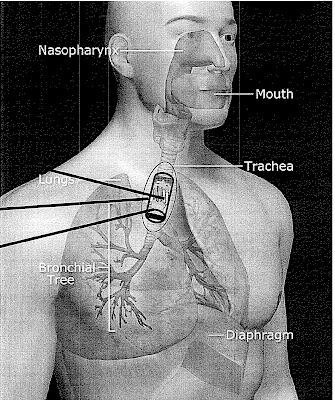 In this manner, 3MD respiratory devices  can be controlled by external control assemblies  and made to function as pumping devices capable of pumping air into and out of the lungs. This 3MD generated air flow can be made to operate in a reversible pumping manner as with conventional self-respiration or in a continuous coaxial multidirectional flow operation.  in this opposing coaxial flow configuration, fresh air can be pumped into the lungs and spent air expelled from the lungs with a steady continuous 3MD operation and state of lung inflation, thus obviating the need for repetitive lung inflation and deflation.

In addition to the many medical applications 3MD technology can also be used for a multitude of automotive, marine, and aerospace applications. 3MD modules  can be configured to operate in a number of functional roles and vehicular operations that include but are not limited to fuel pumps, fuel injectors, oil pumps, water pumps and dispensers, chemical pumps, fuel injectors, power steering pumps, hydraulic fluid system pumps and actuators, fluid dispensers, refrigeration pumps, as well as waste pumps for onboard toilets and lavatories.

3MD turbine modules can also be used as propulsion devices for automotive, marine and aerospace applications of any size, shape or scale. In this manner, 3MD propulsion modules  can be configured to operate seal-free without the need for a separate drive motor or engine from an electrical power source hermetically sealed from said water and/or air environments.