A total of 20,459 nano related U.S. patents have been granted through November 1, 2009 and there are more than 39,000 nano related patent applications pending. 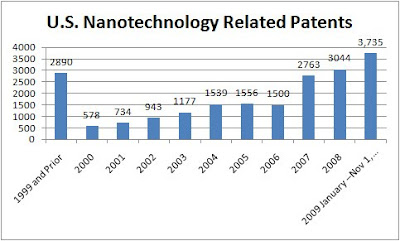