Although electroless deposition is primarily focused on forming an interconnect with metals and their alloys, the principles of the invention can be applied to any material (including plastics), any metal compounds or alloys, to any barrier materials, to nanotech devices, and the like. Electroless deposition may be used at any metallization/interconnect layer in the fabrication of a microelectronic device, according to United States Patent 7,622,382.

FIG. 9 is a cross-sectional micrograph illustrating an opening 900 having an aspect ratio of greater than about 5, filled with copper and lined with an ultra-thin seed layer 902 and a thin barrier layer 904 (not clearly visible), prior to planarization according to the present invention. As can be seen, at the entrance of the opening 900, there is no overhang and no voids are seen in the opening 900. 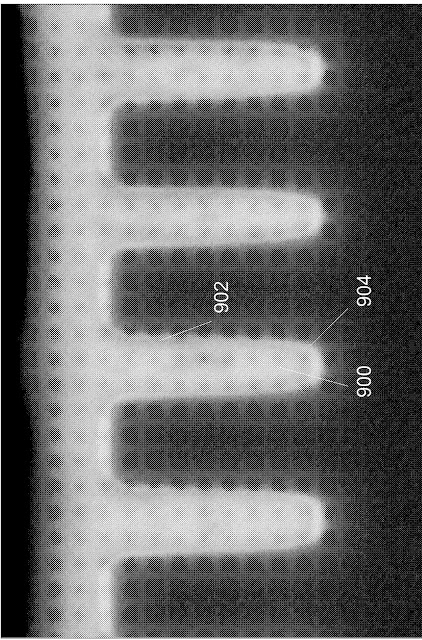