Duke University (Durham, NC) investigators Maria E. Tanner, Elizabeth A. Vasievich, Jonathan M. Protz and Thomas H. Labean  have created a biomolecular  sensor based on nano cantilevers  for measuring environmental parameters using chemical recording.  The measurable environmental variables include: position, velocity, acceleration, temperature, pressure, fluorescence, concentration, and pH, intensity of sound, intensity of light or electromagnetic radiation, and strength of magnetic field.  The device uses a polymer with an ordered series of chemical units, wherein the position and number of each chemical unit in the polymer is indicative of a reading of the environmental state variable at a given point in time.  The polymer may be  modified with  DNA or other biological molecules depending on what needs to be measured.  U.S. Patent Application 20090275031. discloses  the compositions that can be employed for sensing environmental state variables.

Nanosensors have tremendous potential utility in most commercial industries, including medicine, manufacturing, consumer products, and defense. Size, weight, and power consumption are critical properties to most systems. Reductions in these properties allow for more capable systems, often at reduced costs, especially in terms of cheaper system integration. Nanosensors offer similar or superior performance as conventional macro- or micro-sensors but are packaged in a fraction of the size and use significantly less power. This savings in size allows for smaller and lighter end products.

With smaller size, lower cost, and higher sensitivity, nanosensors will be incorporated in many commercial applications including medicine, manufacturing, and consumer goods. In medicine, nanosensors will be used to provide cost-effective diagnostic tools and enhanced drug delivery. Further in the future, they might be used to monitor and repair cell damage. Nanosensors could be used in manufacturing to provide greater and more reliable quality control. Consumers will use nanosensors in devices that are significantly smaller and more powerful such as cell phones, computers, and GPS units. Cars and other sources of transportation will incorporate nanosensors for enhanced safety.

Another area where nanosensors can and will be incorporated is national security and defense technologies. They will be used in chemical and biological sensing and to increase soldier survivability through lighter and more effective protection, superior communication and surveillance capabilities, and health monitoring. Nanosensors could be built into skin-integral survivability countermeasures, which decrease the demand for sensors and countermeasures to be placed at the top of a ground vehicle and allow for the graceful degradation of the sensors because of the redundancy that can be built into the system. They can be used for tracking and to produce more accurate guided munitions and faster, lighter, and better protected ground vehicles. Just considering military applications alone, millions of nanosensors could be integrated into existing and future systems. Nanosensors will have a lasting impact in most, if not all, commercial and defense applications.

An example of a conventional sensor that could be scaled down to a nanosensor is an inertial measurement unit (IMU). An IMU is a system used to detect and record position similar to a global positioning system (GPS). However, GPS uses an external satellite to detect position, while an IMU is a closed system comprised of three accelerometers and three gyroscopes. This arrangement provides data on linear acceleration in three orthogonal directions and also rotational data. A nano-IMU has several potential applications, including targeted drug delivery and tracking. Targeted drug delivery could be achieved by using the nano-IMU to direct the drug to a targeted and specific area in the body. Another option is to use the nano-IMU for tracking where an object has been, by changing the frame of reference. Or it could simply be used as a replacement for larger IMUs to make end products smaller, lighter, more powerful, and cheaper.

However, at a nano scale, electronics are exceedingly difficult to fabricate. Molecular transistors have recently been developed in an effort to fabricate smaller electronics. One version consists of a carbon nanotube connecting a source electrode at one end and a drain electrode at the other end. Here as well, however, it is exceedingly difficult to achieve acceptable electrical contact; the electrodes are patterned on the wafer and then nanotubes are placed until one connects a pair of electrodes.


What is needed are new methods for recording environmental state variables that can be performed on the nano scale, and compositions that employ such methods.  Duke researchers have developed a nanoimprint lithographic means for reliably manufacturing the biomolecular nano cantilever device and DNA functionalized materials to be used with the sensing devices.

FIG. 1 depicts a representative nanoimprint process: (1) the substrate is covered with a polymer resist layer (polymer film), (2) the polymer is heated about its glass transition point, (3) the mold (rigid master) is pressed into the polymer, (4) the temperature is lowered, and (5) the mold removed 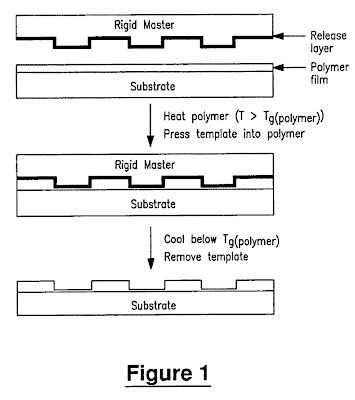 FIG. 2 is a free-body diagram of a  nano cantilever with a proof mass located at the end of the beam. 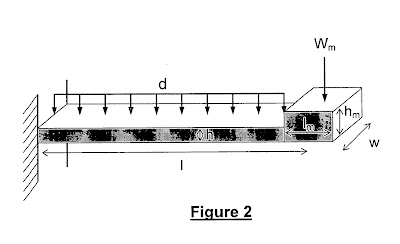 FIG. 21 is a schematic of the device integrating mechanical sensing and chemical recording.
FIG. 22 is a block diagram for the device dynamics.

FIG. 23 is a diagram depicting the location of three exemplary points of interest of the device when determining the chemical dynamic 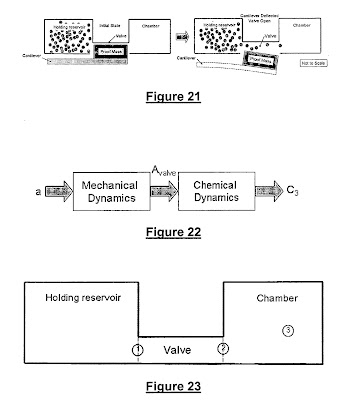 FIG. 35 is a photographic image of a polyacrylamide gel from a single strand DNA ligation experiment.  The device includes an array of cantilevers that maximizes the amount of resolution attainable while minimizing the overall device size. The fabrication of the device can also be considered when designing the device. In some embodiments, the array measures 1-10 g logarithmically. This particular range is relevant to many applications and can be easily tested in a laboratory setting. The array can also measure less than 6-8 microns in any dimension. 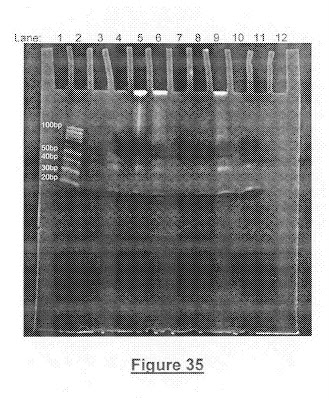