The use of 3M’s optimized nano-structured thin film (NSTF) catalyst in a proton exchange membrane fuel cell (PEMFC) cathode contributes to an increase in both performance and durability, according to U.S. Patent 7,622,217.  3M’s patented fuel cell cathode catalyst is comprised of nanostructured elements that are microstructured support whiskers bearing nanoscopic catalyst particles.  The catalyst comprises platinum and manganese (Mn) and at least one other metal selected from the group consisting of Group VIb metals, Group VIIb metals and Group VIIIb metals other than platinum and manganese. Typically, the at least one other metal is nickel (Ni) or cobalt (Co) , according to its inventors.

Mark K. Debe,  Susan M. Hendricks, George D. Vernstrom, Alison K. Schmoeckel, Radoslav Atanasoski and  Clayton V Hamilton, Jr. state in the patent that the amount of overpotential losses due to resistance, mass transport loss (MTL), and kinetic losses are independent. The kinetic activity depends directly on the catalyst's ability to efficiently oxidize hydrogen on the anode and reduce oxygen on the cathode. The oxygen reduction reaction (ORR) is far less facile (by about 10.sup.-6) than hydrogen oxidation reactivity, and therefore the cathode catalyst ORR overpotential dominates the 70 mV/decade loss. The cathode catalyst ORR activity, defined as current generated at a specific voltage in the absence of internal resistance (IR) and MTL losses, is a product of two factors: the catalyst's area-specific activity (SA).times the catalyst's electrochemical surface area (ECSA). The area-specific activity is measured in units of amperes/(cm.sup.2 of ECSA), and the ECSA is the surface area of the catalyst actually active for ORR in the PEM fuel cell. Thus, the present invention aims to increase the cathode catalyst's specific activity and/or its ECSA in order to optimize the PEM fuel cell performance.

One mode of MEA failure is breakdown of the polymer which comprises the PEM due to the action of peroxide radicals. One method for measuring the rate or degree of proton exchange membrane degradation is the rate of fluoride ion release, nanograms/min of fluoride ion.

Peroxide radicals may be generated from H2O2 produced on the cathode from incomplete oxygen reduction during the ORR process. The overall 2H.sub.2+O.sub.2=>2H.sub.2O reaction is a four electron process but there are competitive 2e.sup.- paths leading to H.sub.2O.sub.2 from incomplete oxygen reduction. The higher the specific activity of the catalyst for ORR, the greater the current generated through the 4e.sup.- pathways compared to the 2e.sup.- pathways, meaning more H2O relative to H2O2 is produced. Thus the greater the specific activity, the lower the amount of peroxide radicals produced.

It is an aim of 3M’s optimized NSTF catalyst to increase the durability of the membrane by reducing the peroxide radicals generated at their source without loss of catalyst performance, and in fact while optimizing performance. 3M achieves these objectives through selection of the catalyst composition and structure. The 3m MEA: a) uses nanostructured thin film catalysts instead of dispersed fine particle catalysts to give 5 times higher specific activity, thus reducing the ratio of H.sub.2O.sub.2/H.sub.2O produced by the cathode catalyst; b) eliminates carbon particles as the catalyst support, by use of the NSTF catalysts, and thus eliminates a source of peroxide radical generation by the cathode catalyst; c) uses PtCoMn and PtNiMn ternary NSTF catalysts, having volumetric ratios of Pt to transition metal of greater than about 2, to maximize the specific activity for ORR, fundamentally reducing the ratio of H.sub.2O.sub.2/H.sub.2O produced; d) uses NSTF PtCoMn or PtNiMn ternary catalysts having volumetric ratios of Pt to transition metal of less than about 4 and Mn content equal to or greater than about 5 micrograms/cm.sup.2 areal density to minimize the amount of fluoride ions released during fuel cell operation.

FIG. 1 represents a typical polarization curve, which is a plot of the cell voltage versus current density for a fuel cell membrane electrode assembly in operation, used herein to illustrate the three major contributors to cell voltage loss. 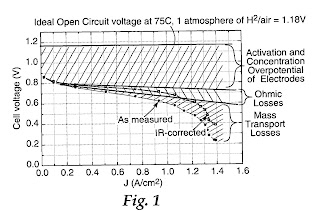 FIG. 2 represents a typical polarization curve, plotted as a Tafel plot of the cell voltage versus current density for a fuel cell membrane electrode assembly in operation, along with an IR-corrected Tafel plot, and a plot of the high frequency resistance, used herein to illustrate measurement of the three major contributors to cell voltage loss. 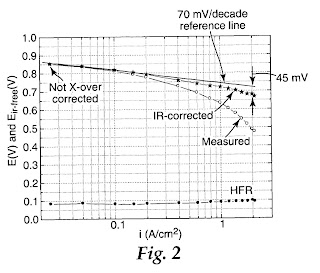 FIG. 3 is a plot of specific activity of PtNiMn (Trace A) and PtCoMn (Trace B) NSTF ternary catalysts according to the present invention versus Pt/transition metal bi-layer thickness ratio (volume ratio) obtained. 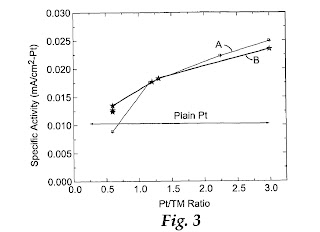 FIG. 4 is a graph of average rate of fluoride ion release from the cathode effluent of an MEA in operation as a function of the Mn content in the cathode catalyst of the MEA. 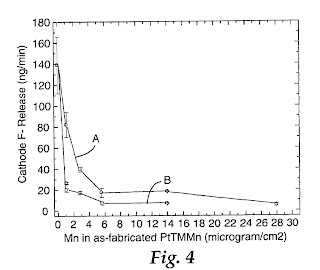